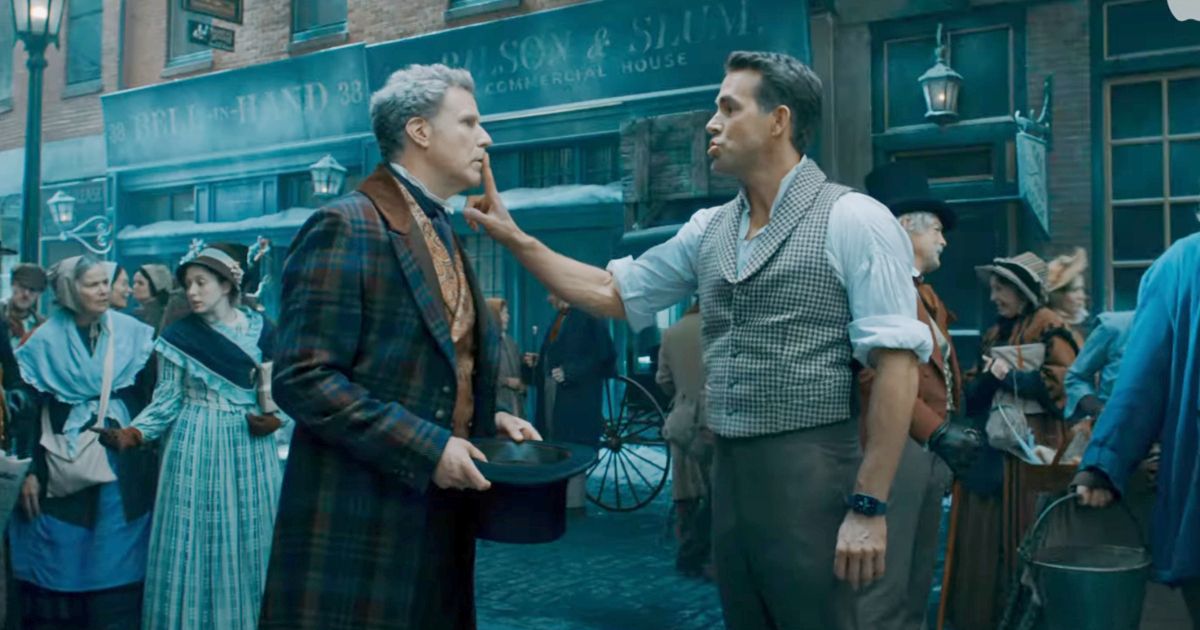 While Will Ferrell won’t likely reprise the role of Buddy for an Elf sequel, audiences will get to see him in another holiday film later this month.

Ferrell and Ryan Reynolds star in Spirited, an adaptation of Charles Dickens’ classic novel A Christmas Carol. Spirited follows Clint Briggs (Reynolds), a miserly man who treats everyone around him with terrible selfishness, as he finds himself on a fantastical adventure into the three phases of time: past, present, and future, in order to discover how he ended up so miserable and alone. While that synopsis may seem similar to past adaptations of the novel, this version is different: it’s a musical, complete with choreographed dance numbers and original songs.

According to Ferrell, who spoke with ET during the New York premiere of the film at Alice Tully Hall in Lincoln Center, that’s part of what drew him to the film:

“You know, I love Sean [Anders] and John [Morris], the filmmakers. I’ve done two other movies with them, but I’d never done a musical before. I just thought it was such a different creative reimagining of A Christmas Carol in a way that I’d never heard before in a really smart way a way that could be funny but meaningful.” He added: “When you kind of have that blending of heart, comedy and message, that’s what you’re trying to pull off.”

For Ferrell, starring in a musical presented its own challenge:

“I think the challenge was living up to the complexity of the songs that they had written. When you’re singing, I’ve always kind of sang in a comedic way. But when you have to emote feeling and story and everything through the song, it’s a whole other skill level. And so that was like that was crazy.”

Related: Spirited Trailer Finds Ryan Reynolds & Will Ferrell at the Center of a Modern Christmas Carol

Why Will Ferrell Couldn’t Commit to an Elf Sequel

Ferrell starred in Elf in 2003, so Spirited will mark his return to holiday movies. While fans have long hoped for an Elf sequel, Ferrell has shot that idea down. In a past interview with THR, Ferrell disclosed that a screenplay for a sequel to the film had been written, but he didn’t feel like it lived up to the original. He said:

“I would have had to promote the movie from an honest place, which would’ve been, like, ‘Oh no, it’s not good. I just couldn’t turn down that much money.’ And I thought, ‘Can I actually say those words? I don’t think I can, so I guess I can’t do the movie.'”

Audiences will see plenty of Ferrell in the upcoming year. He will appear as the bad guy in Greta Gerwig’s anticipated film Barbie, that stars Margo Robbie and Ryan Gosling. He will voice a character in Strays, a film about abandoned dogs that team up to enforce revenge on a past owner. He will also star in Untitled Sister Comedy Project with Tony Hale and Awkwafina.