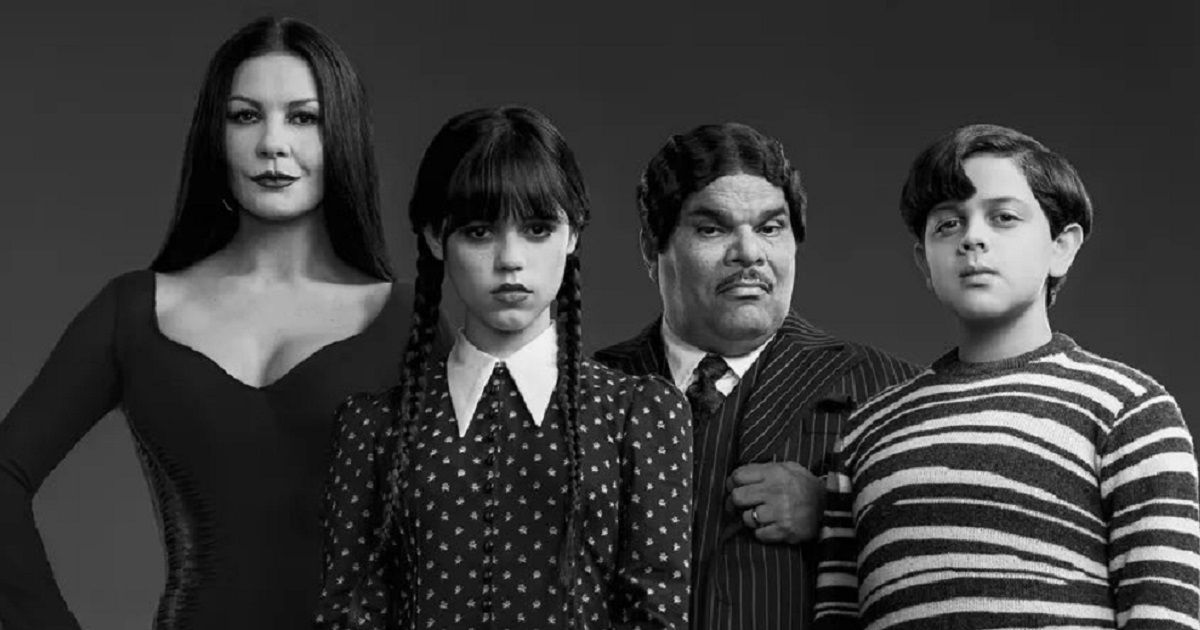 Catherine Zeta-Jones takes on the iconic role of Morticia Adams in Netflix series Wednesday, and was adamant she would do it justice.

Wednesday makes its debut on Netflix this week, and as well as Jenna Ortega’s new iteration of the title character, the series will also see Catherine Zeta-Jones stepping into the black dress of Morticia. When it comes to playing the matriarch of the Addams Family, Zeta-Jones wanted to make sure that she brought more to her performance than just being a caricature of previous iterations.

Morticia Addams is the mother of Wednesday, and has been most notably portrayed on screen by Anjelica Huston in The Addams Family and Addams Family Values. While they are certainly some big heels to fill, Zeta-Jones certainly has the credentials to make the character her own. She recently explained to TV Times that she wanted to approach the character a little differently. She said:

“Morticia is such an iconic female figure, but I put my own twist on her. I didn’t want to play her as a Halloween-costumed caricature; I wanted to find the root of her, in that she’s a mother-of-two and extremely in love with her husband. We didn’t want to put Morticia in trousers just to contemporize her; we wanted to do the iconic look. So when I first put on the dress, the hair and make-up, I was just so in it that I could have been Morticia at a petrol station!”

There is always a bit of uncertainty around the rebooting of a popular franchise, and with the nostalgic pull of the 90s movies very much still in effect a new live-action version of the Addams Family in any form is going to get plenty of comparisons. However, Zeta-Jones believes that there is plenty in the series for long term fans. She continued:

“There’s going to love this series because it’s brought the story into the 21st century and the family is dealing with all these issues that are relevant today. I also can’t imagine how excited fans are to have a director like Tim Burton bring them the next edition of Addams Family adventures.”

Wednesday seems to be perfect storm of a stellar cast, iconic director, and a new story wrapped around the familiar characters everyone had come to love over the years. The Netflix series has already been pulling in positive reviews, especially for its lead star Jenna Ortega, who seems to be the ideal person to bring a brand new version of the dour Addams Family daughter to life.

While comparisons to Christina Ricci’s iconic take on the role will no doubt be made, Ricci previously gave her blessing to Ortega taking on the part. She said:

“It’s super fun. I loved working with Tim [Burton]. I worked with Gwendolyn Christie, it was amazing. And Jenna is incredible. I saw some of the wardrobe photos before I went [to set] so I knew [what she looked like in character] and I was like, it’s such a great modern take on Wednesday. It’s so true tonally to the heart and soul of [the original], but then it’s incredibly modern and it’s great.”

Wednesday arrives on Netflix on November 23.