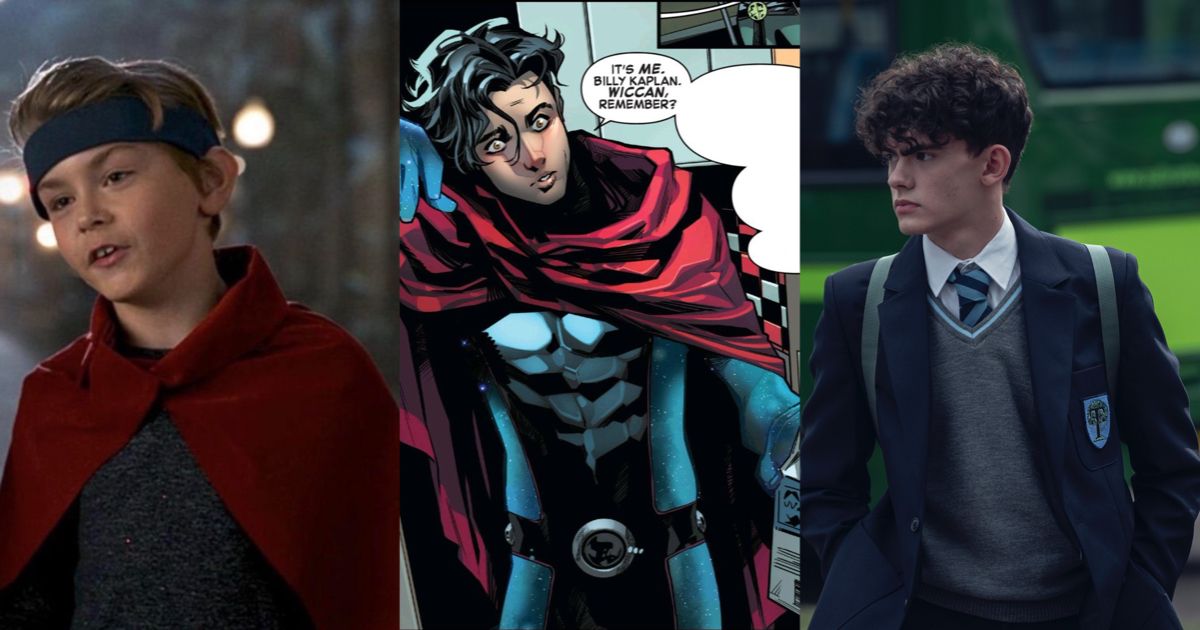 Double, double, toil and trouble. According to the latest Marvel stan fan theories, Marvel Studios’ most recent casting announcement suggests that there are about to be two actors playing the role of Billy Maximoff, a.k.a. Wiccan, in the Marvel Cinematic Universe. According to an exclusive from Variety on Tuesday, November 1, 2022, Marvel Studios announced that up-and-coming actor Joe Locke had been cast in Marvel Studios’ Agatha: Coven of Chaos, possibly taking over the role of Wiccan from WandaVision‘s Julian Hilliard.

The 19-year-old Manx actor is best known for playing Charlie Spring in the popular Netflix coming-of-age series Heartstopper, an adaptation of Alice Oseman’s webcomic and graphic novel of the same name. For his performance in Heartstopper‘s first season, Locke received a Children’s and Family Emmy Award nomination (the winner announcement and ceremony will take place on December 10). The young actor also appeared in the critically acclaimed Donmar Warehouse theater production of The Trials in August 2022 alongside his Heartstopper co-star Will Gao.

In Agatha: Coven of Chaos, Locke joins returning MCU actor and comedian Kathryn Hahn, who will reprise her role as the hapless Scarlet Witch victim Agatha Harkness, the wicked witch of Westview. Currently, Marvel and Disney+ are keeping exact plot details under wraps, including the role that Locke will be playing in the upcoming series. With WandaVision having introduced young versions of Wanda and Vizh’s twins (both of whom are LGBTQ+ heroes in the comics) and variants of the twins appearing in Doctor Strange in the Multiverse of Madness, MCU fans are speculating that Locke will play a teen version of Billy Maximoff, known in the comics as Billy Kaplan or Wiccan, a Jewish queer icon and the all-around kick-butt mystic arts master.

After Variety‘s 9:00 A.M. announcement that Locke was joining the Coven of Chaos cast, WandaVision‘s young Billy actor Julian Hilliard took to Twitter at 10:16 A.M. with an enigmatic tweet seemingly referring to the news. Along with the popular GIF of Agnes the Nosey Neighbor winking, Hilliard asked his followers if there was “anything new today,” and the void tweeted back, so much so that the young actor followed up with, “you guys need to chill.”

Related: Emma Caulfield Ford to Return as Dottie in Agatha: Coven of Chaos

Somewhat ironically, as Locke recently spoke out in support of Kit Connor after the Heartstopper actor was forced to come out as bisexual to quell accusations that the Netflix series was guilty of queerbaiting, the announcement is being met with trepidation in parts of the queer community. Marvel has a history with queerbaiting (e.g., Captain America and the Winter Soldier, Morbius and Loxias Crown), with WandaVision being accused of failing fans for introducing a young version of the beloved queer hero because he wasn’t old enough to explore his sexuality. However, if the rumors are true that Locke will play a teen version of Billy in Coven of Chaos—which seems plausible given all the Cassie Lang re-castings)—it appears Marvel may have planned to explore Wiccan’s sexuality all along.

As a young gay actor, Locke has been outspoken about his experiences with discrimination growing up on the Isle of Man and how that parallels Charlie’s story. “I think that with queer people there’s a universal experience of school that everyone sort of relates to,” he explained to Attitude. “I never would say I was bullied. There were only a handful of people I can think of who ever said anything bad to me. Charlie really struggles with that. I think going to an all-boys school probably comes with its differences. I went to a co-ed state school, and I had more friends who were girls than boys. I think it would have been difficult for Charlie, especially in that situation.”