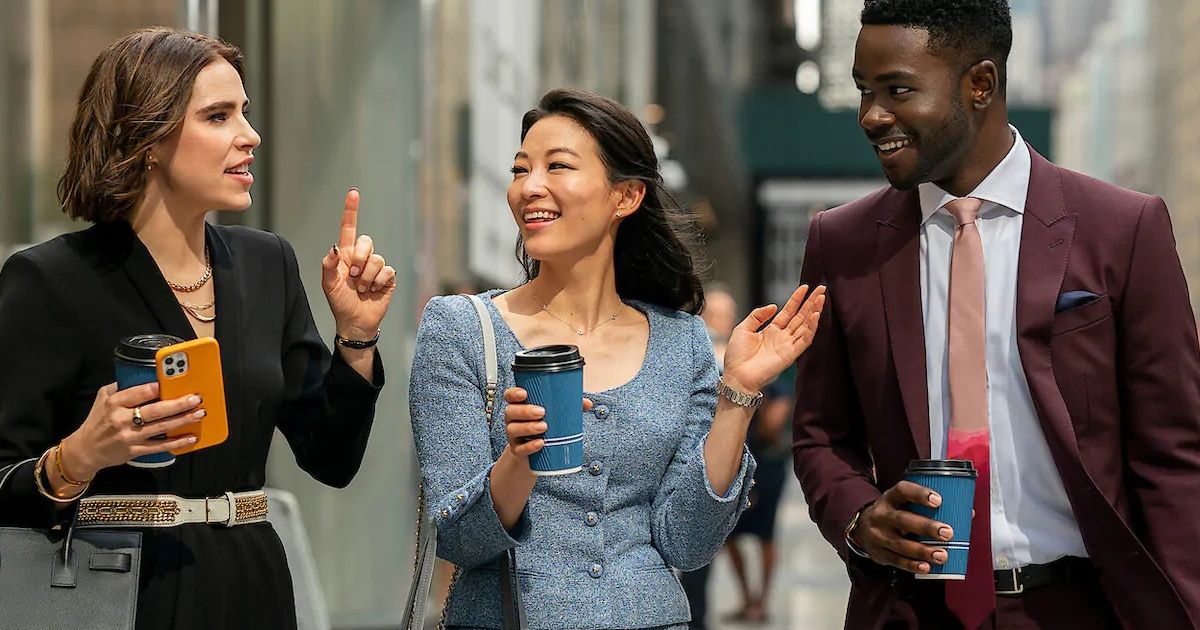 Partner Track is a legal drama developed by Georgina Lee, based on the 2013 novel by Helen Wan called The Partner Track. The series premiered on Netflix earlier this year, and received mixed reviews. Starring Arden Cho, Alexandra Turshen, Dominic Sherwood, and Rob Heaps, to name a few, the show follows Ingrid Yun (Cho), a young lawyer who has to come to terms with her work and her moral compass as she climbs the corporate ladder at an elite law firm in New York City.

Praise for Partner Track was largely directed at its ability to capture the high-pressure environment of the legal industry and for its innovative choice to star an Asian-American actress in the lead role. Unfortunately, fans of the Netflix Original series were disappointed to hear that, earlier this week, Partner Track was canceled. Even more unfortunate is that Lee’s show joins many that were canceled by Netflix after just one season. For fans of series, we’ve put together a list of other shows like Partner Track to help you get your legal drama fill until the streamer’s next big hit.

Anatomy of Scandal is a new series that has received a lot of attention because of its intriguing plot. The show follows the story of Sophie Whitehouse (played by Sienna Miller), the wife of a British Tory MP, who learns that her husband has been unfaithful to her. The news goes public, and, as a result, she must deal with the scandal and public scrutiny that comes along with it. Anatomy of a Scandal came from the same creator as Big Little Lies, David E. Kelley, and has had viewers on the edge of their seat throughout. Just like Partner Track, this series is also based on a novel: Sarah Vaughan’s book of the same name.

Better Call Saul aired on AMC for six seasons, from 2015 to 2022. A prequel to and spin-off of Breaking Bad, this show focuses on Saul Goodman and his rise to power, specifically when he was still known as Jimmy McGill, a relatively unknown lawyer still trying to make a name for himself. To say that Better Call Saul has been hugely successful would be an understatement, having been nominated for 46 Primetime Emmys, among others. The similiarities between Better Call Saul and Partner Track may not be apparent at first, however, they both depict the power struggles in high-stakes and high-pressure environments — not to mention they’re both binge-worthy dramas.

The Morning Show stars Jennifer Aniston and Reese Witherspoon in leading roles as two women who are finding their place in the world of morning TV news. Created for AppleTV+, this series depicts the cutthroat, male-dominated world that both women have to navigate through and operate in. As such, they are constantly fighting against sexism and misogyny, working twice as hard as their male peers for half of the reward and recognition, and are often at odds with their work and who they are as people. These theme fall perfectly in line with Partner Track. Even better news is that The Morning Show is currently gearing up to return for a third season.

One of the most obvious shows to watch next if you enjoyed Partner Track is the hit series, Suits. Originally airing on the USA Network, this legal drama is set in a fictional New York City law firm. It follows Mike Ross (Patrick J. Adams), who uses his eidetic memory to talk his way into a job as an associate working for successful closer Harvey Specter (Gabriel Macht), despite being a college dropout who never attended law school and therefore never obtained a law degree or passed the BAR. The series ran until 2019 for a whopping nine seasons, and gives a similar rush to Partner Track.

Related: These Are the Best Lawyer Movies of All Time

2/6 Only Murders in the Building

Only Murders in the Building is an American mystery-comedy television series created by Steve Martin and John Hoffman. The first season premiered on Hulu in August 2021. The plot follows three strangers, played by Steve Martin, Martin Short, and Selena Gomez, who all live in The Arconia complex in Manhattan and inadvertently share an interest in the same true crime podcast. When a real murder takes place in their building, they team up to start their own podcast and solve the murder. Of course, things aren’t always what they seem, and as the group works to uncover the mystery — of the murder and of themselves — their lives are changed forever. Only Murders in the Building just released its second season, and will continue on in a third.

1/6 How to Get Away With Murder

Another show that is similar for fans of Partner Track is How to Get Away With Murder, which aired form 2014 to 2020 on ABC, and starred Viola Davis in an Emmy-winning performance as Annalise Keating. The show follows a criminal defense attorney and law professor, who gets entangled in a very complicated series of events as she promotes her students to interns. Full of twists, turns, betrayals, and shaky allegiances, the series will satisfy any fans of Partner Track. More than anything, this TV series was a weekly showcase for Davis, proving to us why she’s one of the most talented actors working today.