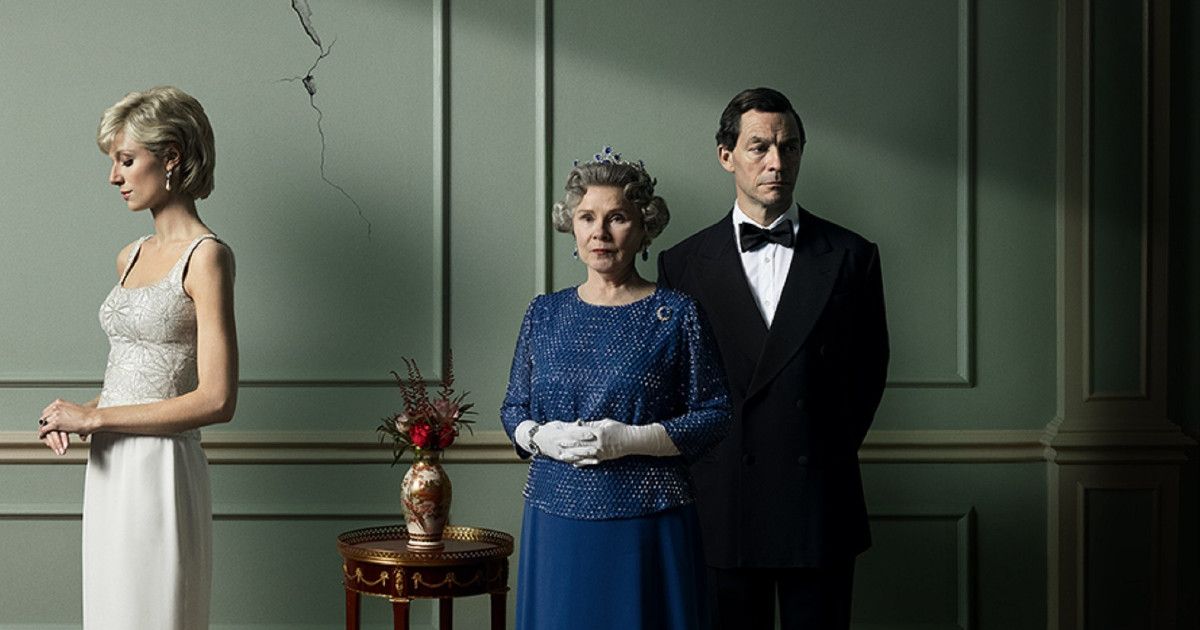 After Queen Elizabeth’s passing on September 8, 2022, The Crown reemerged in Netflix’s trending category, with the views going up by 800% in the UK within two days. As a mark of respect for Her Majesty, the creator Peter Morgan paused filming to allow time for mourning. Now the series is ready to return after two years for its penultimate season, and as usual, after two seasons, the entire cast will be replaced again.

Having won an astounding twenty-one Primetime Emmys, it is undoubtedly among the crème de la crème of modern television. When first introduced in 2016, it was announced as the most expensive series of all time. Although it lost its leading position over time to other powerhouses such as Stranger Things or The Lord of the Rings: The Rings of Power, it still remains high on the list with a whopping production budget of $260 million.

Blurring the line between facts and fiction, the show has been stirring controversies as well as earning accolades. Former prime minister, Sir John Major, commented on a scene in the new season depicting a fictional conversation between himself and Prince Charles back then as “a barrel-load of malicious nonsense” and urged for a boycott. Netflix then issued the following counterstatement:

“The Crown has always been presented as a drama based on historical events. Series five is a fictional dramatisation, imagining what could have happened behind closed doors during a significant decade for the royal family – one that has already been scrutinised and well-documented by journalists, biographers and historians.”

The royal contributor George Jobson has recently revealed the Queen herself used to watch the show, so perhaps it’s best to leave it up to the viewer’s discretion. Here’s everything you need to know about the highly anticipated season 5.

The new poster captioned “A House Divided” shows Diana with Charles in the foreground, looking distant and cold, and the Queen standing in the back and staring at them with disappointment. Season 5 will bring us into the ’90s and largely focus on the royal couple’s downward spiral into separation and divorce.

Related: The Crown: 8 Historically Accurate Costumes in the Series, Ranked

In 1992, a year that Queen Elizabeth famously described as “annus horribilis,” three royal marriages broke down, accompanied by a series of scandals and a catastrophic fire at Windsor Castle. The promotional screenshots hint at the crucial events covered in the new season, such as Prince Charles and Princess Diana’s trip to Italy shortly before breaking off their marriage, and Diana’s famous revenge dress points to Prince Charles’s admission of adultery on television. We should also expect to see Princess Diana recording her secret tapes for journalist Andrew Morton, later used in her seminal biography Diana: Her True Story In Her Own Words. The newly released official trailer also alludes to the controversial Panorama interview with Martin Bashir, although it’s not likely to be fully recreated.

Diana’s death won’t be recounted until the sixth season as the scenes are currently under preparation and will not include a recreation of the car crash. Elizabeth Debicki, who plays Diana in the last two seasons, addresses the concerns over the portrayal of this tragic event when asked by Entertainment Weekly:

“I’ll say that Peter and the entire crew of this job do their utmost to really handle everything with such sensitivity and truth and complexity, as do actors. The amount of research and care and conversations and dialogue that happen over, from a viewer’s perspective, something probably that you would never ever notice is just immense. From that very first meeting [with] Peter, I knew that I’d entered into this space where this was taken seriously [in] a deeply caring way. So that’s my experience of the show.”

It may be worth noting that the source of many such concerns is the British tabloid press notorious for publishing shots by the paparazzi she’d been running away from until her dying day.

This season’s new Queen Elizabeth is Imelda Staunton, famous for her role as Dolores Umbridge in Harry Potter and the Order of the Phoenix, who also starred in Vera Drake, Pride, and the Downton Abbey films. Prince Philip will be portrayed by Jonathan Pryce, whom you may remember as High Sparrow in Game of Thrones, also known for The Two Popes and The Wife. Lesley Manville, who appeared in Grown-ups, Another Year, and Phantom Thread, will play Princess Margaret.

Related: Here’s What to Watch if You Can’t Get Enough of the British Royal Family

When asked whether she’d have any advice for her successor as the Queen, Olivia Colman shared her thoughts with Radio Times:

“I haven’t spoken to Imelda, and I wouldn’t dare offer any advice about playing the Queen. Imelda is extraordinary, and she’s going to do it all much better than me. I can’t wait to watch what she does.”

Likewise, The Crown’s former Princess Diana Emma Corrin has nothing but words of appreciation for Debicki. She told The Wrap:

“I’m really excited about it. I think Elizabeth is brilliant and I think that it’s totally right to allow her to take on a different kind of life for the next part of [Diana’s] journey. So I’ll be really excited to see what happens.”

So are we, and luckily, the wait is almost over!

Season 5 of The Crown, with its ten episodes, is coming to Netflix on November 9, 2022.