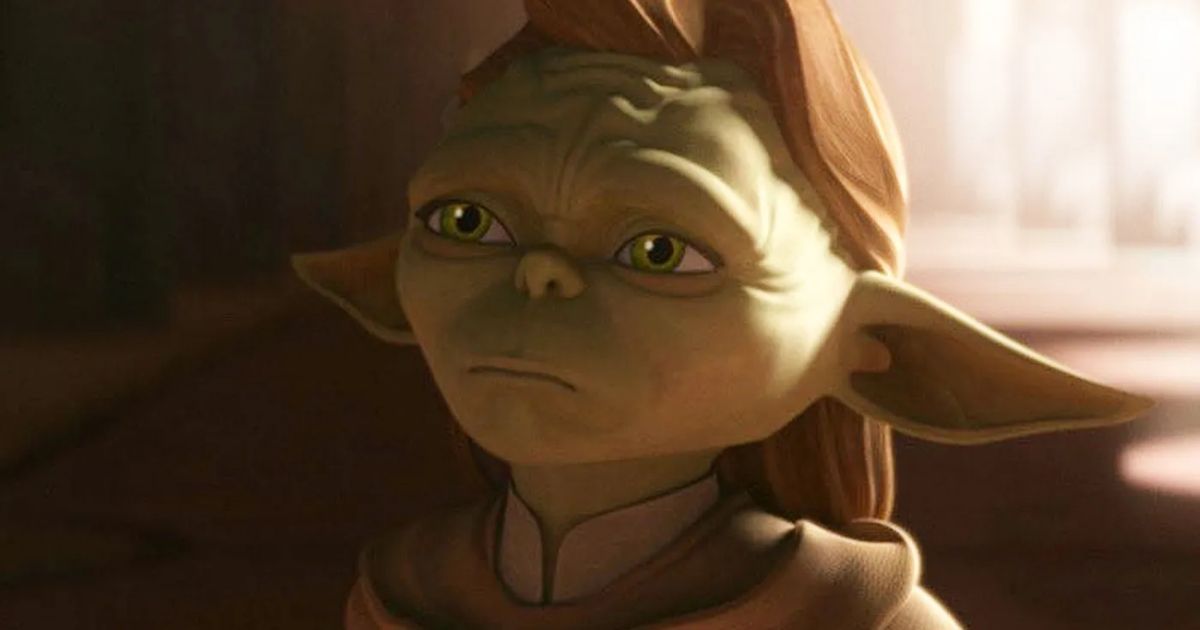 WARNING: This article contains MAJOR SPOILERS for Tales of the Jedi.The Star Wars fandom, possibly more than any other, has always been very interested in minor characters with minimal screen time. Characters who made small appearances in the films sometimes received their own action figures and even detailed backstories. The list has included characters like Greedo, Nien Nunb, Jek Tono Porkins, and Kit Fisto (before he was developed further in The Clone Wars). With the arrival of the animated anthology series Tales of the Jedi on Disney+, a minor character from the prequel trilogy has made a surprising return.

Known as “Yaddle,” the character was originally created for 1999’s Star Wars: Episode I – The Phantom Menace. Her name was never said on-screen, but Yaddle still managed to become one of the most recognizable minor characters in the entire franchise. Voiced by the amazing Bryce Dallas Howard (who previously directed episodes for The Mandalorian), Tales of the Jedi has finally told a story using Yaddle. For those who might be unfamiliar with the character, here’s everything you need to know about Yaddle.

One of the Few Known Members of Yoda’s Species

To this day, Star Wars has never revealed the name of Yoda’s species. Only a few members of his species have been seen in the franchise, with Star Wars Rebels’ Ezra Bridger describing them as “small, green, and wrinkly with pointy ears.” All known members of the species have been Force-sensitive and in some way affiliated with the Jedi. The only known members of the species are currently Jedi Grand Master Yoda, Jedi Master Yaddle, and The Mandalorian‘s Grogu.

There has been much discussion over the years about whether other members of the species speak like Yoda. An answer was found when Yaddle spoke normally across her appearances in novels and in Tales of the Jedi. Series creator Dave Filoni told Nerdist that it was “a Yoda thing” and that Frank Oz (Yoda voice actor and puppeteer) believes it was Yoda’s way of honoring his master. In an episode of “Unscripted” on the Moviefone YouTube channel, George Lucas revealed he made an intentional choice for Yoda’s species to remain shrouded in mystery.

Before Tales of the Jedi, Master Yaddle was first seen in the first installment of the Star Wars prequel trilogy. When Qui-Gon Jinn announced that the Sith had returned, Yaddle was seen sitting in the Jedi Council Chamber on Coruscant. She had no lines, appeared for less than a minute, and never returned for another Star Wars film. Yaddle was never addressed by her name in The Phantom Menace, but she was identified in the film’s credits and Star Wars merchandise.

In real life, Yaddle was originally intended by concept artist Iain McCaig to depict a younger Yoda. Lucasfilm decided to use another Yoda model and McCaig’s sketch ultimately became a different character. The puppet for Yaddle was operated by Phil Eason, who also worked on the first two Harry Potter films.

Related: The Good (and Not-So-Good) of Star Wars: Episode I – The Phantom Menace

Lucasfilm introduced a new era of Star Wars with the High Republic multimedia campaign in early 2021. The ambitious project has told new stories spanning 350 to 50 years before the events of the prequel trilogy. The High Republic era showcased the “golden age of the Jedi,” before they fell from grace and unknowingly ushered in an era of darkness. As Yaddle’s species has an average lifespan of at least several hundreds of years, both Yoda and Yaddle were alive during this point in the timeline. Yaddle appeared in the young-adult novel, The High Republic: Out of the Shadows, and will appear in the upcoming 2023 novel, The High Republic: Cataclysm.

During the High Republic Era, Yaddle had already attained the rank of Jedi Master and was given a seat on the Jedi High Council. She trained many Padawans, one of whom was Oppo Rancisis, a minor character that appears in The Phantom Menace and Star Wars: The Clone Wars. Rancisis was well-trained by Yaddle, successfully hiding from the Inquisitors and becoming a survivor of the Jedi Purge.

After being given no character development in the films, the High Republic reintroduced Yaddle as a studious but also brave Jedi. When Yaddle wasn’t out in the field, she was often found teaching her students at the Jedi Temple. Before Qui-Gon Jinn became Count Dooku’s Padawan, Yaddle once told Jinn to stop training so late at night and go to bed.

The fourth episode of Tales of the Jedi revealed what happened to Yaddle after The Phantom Menace. She left the Jedi High Council, but was still determined to defend the galaxy from emerging threats. Yaddle became the first known Jedi to discover Palpatine’s plan to take over the galaxy. Like CT-5555, also known as “Fives,” Yaddle knew too much and was unable to expose the conspiracy.

Yaddle was unable to convince Count Dooku to abandon the dark side. While Dooku did not desire to kill his friend and former ally, Yaddle’s survival threatened his plans. To the appeasement of Palpatine, he struck her down with his lightsaber, allowing Order 66 to eventually be executed. Yaddle proved to be right about Dooku’s poor decisions as he met his own end when he was betrayed by Palpatine.

Following Yaddle’s death, Jedi Master Shaak Ti took Yaddle’s seat on the Council. The 2019 video game, Star Wars Jedi: Fallen Order, showed Yaddle continuing to be remembered by people across the galaxy. Greez Dritus (Cal Kestis’ friend and captain of the Stinger Mantis) revealed that growing up, he and his peers were often told about her legend.