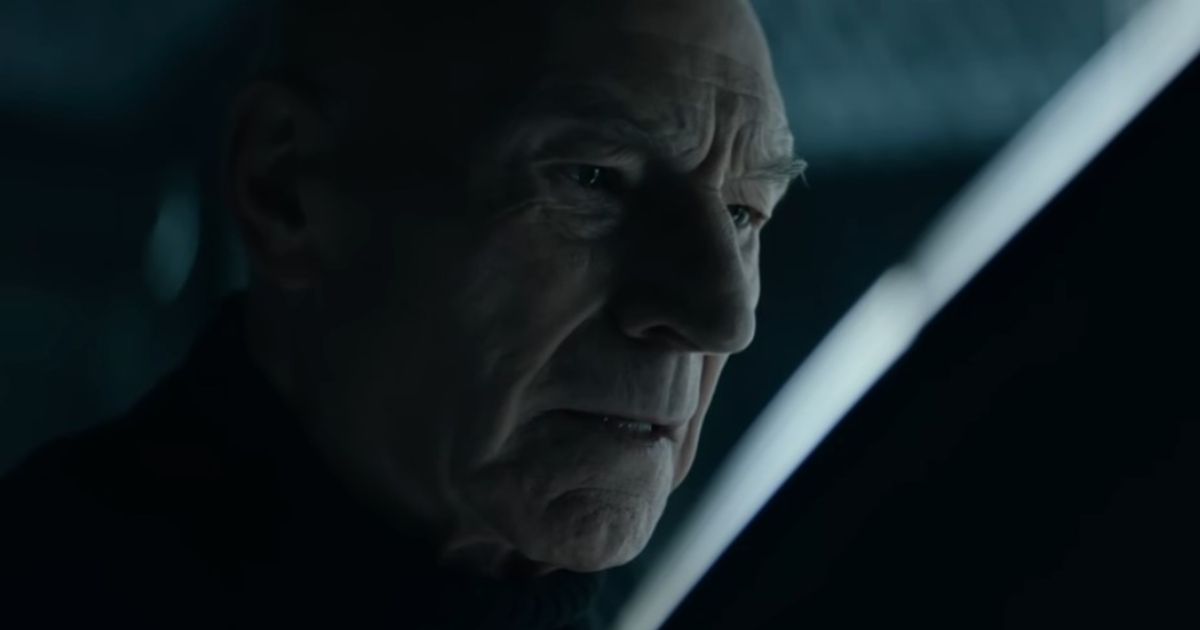 The Picard season 3 trailer dropped at New York Comic Con last month, and since then, the buzz around the new Star Trek series has refused to cease. Season 3 of Picard promises a near-full reunion of the cast from The Next Generation plus an old villain who was arguably the most intelligent character from the series. A new villain appears as well, played by the incredible Amanda Plummer (Pulp Fiction), who does honor to her father, Christopher Plummer, when he played General Chang in Star Trek VI: The Undiscovered Country.

Rumors have surrounded Picard’s third season since information on the cast was released, and hints were made about the plot. When Brent Spiner was announced for the series, fans wondered what role he would play in the show. Now we know: he isn’t coming back as Data but as his evil twin brother, Lore. We’re also treated to the return of Worf (Michael Dorn), Geordi La Forge (LeVar Burton), and Beverly Crusher (Gates McFadden). Along with a host of surprising characters, there are hints that the show will have a new Enterprise.

All in all, season 3 of Picard is shaping up to be a fantastic finale to the series.

Picard Is Called Upon Again

The trailer starts with Picard telling someone he’s received a distress call from Beverly Crusher. Then, we hear Raffi (Michelle Hurd) say, “We are being hunted,” as we see her moving through a crowd, hooded and cloaked. The whole mood of the trailer builds tension as we’re assured some unknown threat is out there constantly chasing Jean-Luc Picard.

Related: Picard: What the Star Trek Show Gets Right (and What it Doesn’t)

Finally, a giant ship comes out of a nebula, and we hear Amanda Plummer’s voice when she greets Picard as the series’ new villain, Vadic. No one is certain who Vadic is yet, but we heard hints that this season was inspired by Star Trek II: The Wrath of Khan. Vadic doesn’t appear to be an augment, but it’s likely she will be a dangerous foe for Picard. The very first time we see her, the ship immediately opens fire, apparently targeting the bridge of a new Titan.

Immediately after this, we get out first look at an older Worf, whose hair has gone grey and whose face is now only slightly more wrinkled than it used to be. The first words we hear him say are, “You should know that I now prefer pacifism to combat.” In the background, Riker sighs and says, “We’re all gonna die.” They beam up somewhere, and we see quickly intercut combat scenes during which Beverly crusher pleads with Jean-Luc, telling him that this conflict is just another attempt to kill him. The violence seems to have become repetitive. Then we finally see La Forge, apparently frustrated that he got “roped into this” along with Worf and Riker. Whatever this is, it seems to be a conflict that is coming for all the characters of The Next Generation crew.

Even Deanna Troi (Marina Sirtis) seems worried as she senses a dark presence on board the ship. That’s when we hear Vadic’s resolved threat against everything that Picard represents “I’ll peck, and I’ll jab at everything that makes you, you. We will scorch the earth under which he stands, and the night will brighten with the ashes of the Federation. But first, we will have vengeance.” Then we see terrible explosions and Picard surrounded by aliens that Vadic has working for her. Riker yells, “Fire everything we’ve got!”

That’s when we see an old man dressed in Victorian English garb slowly lift his head and smile. “Greetings, old friends,” says Moriarty as he raises an old flintlock pistol and aims it at the camera. Moriarty was a hologram created by La Forge on a bet.

He was designed to be a program capable of outwitting Data. La Forge and Doctor Katherine Pulaski (the chief medical officer at the time) discussed whether Data could solve a new Sherlock Holmes-style mystery since he had already memorized the old ones. When La Forge asked the holodeck’s computer to create a version of Moriarty capable of outwitting Data, the Enterprise experienced some type of power surge, which made the hologram real. Moriarty would go on to threaten the crew of the Enterprise in a number of ways.

In the final shot of the trailer, La Forge is confronted with Lore, Data’s evil twin brother. Lore was constructed by the same scientist as Data but with an emotion chip installed. During his “infancy,” he began to see himself as superior to organic life and started to be a danger to the species of that planet. His superiority complex proved violent when he once tried to feed the crew of the Enterprise to the crystalline entity.

We are excited to see what Picard season 3 has in store when it debuts on Paramount+ on February 12, 2023.