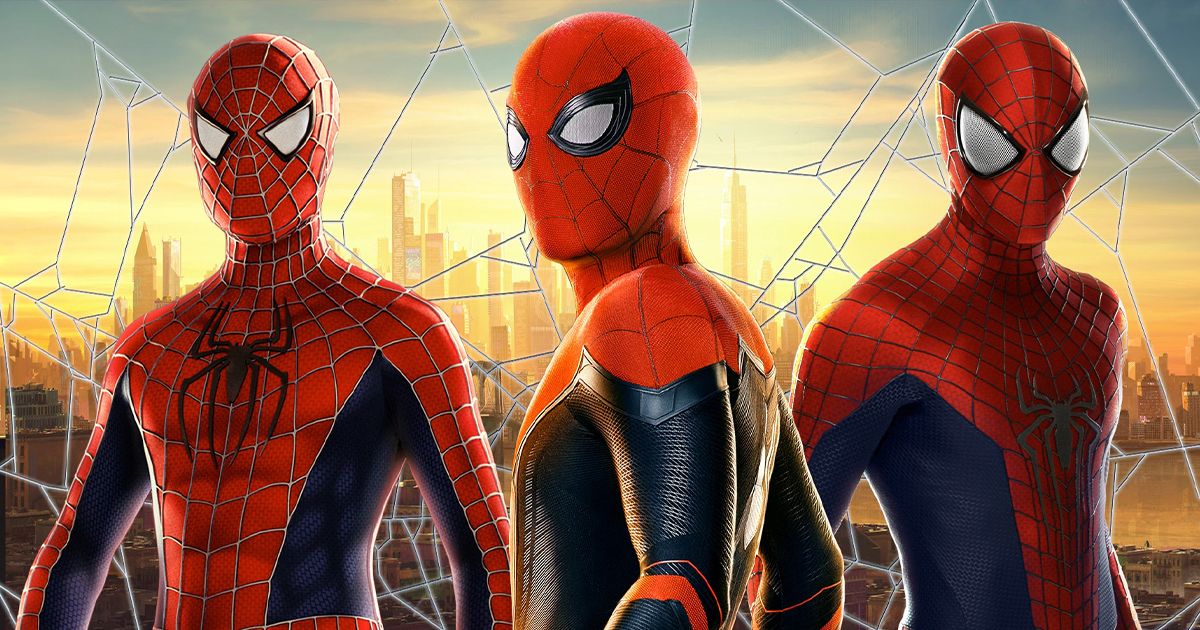 With the sequel to the Sony animated film on its way soon, we’re excited to see where the Spider-Verse series goes. Theories about whether or not Miles Morales will join the MCU are growing in popularity after No Way Home brought the Spider-Verse into the MCU. Still, with no confirmation, we’re left to speculate on the future of the Spider-Man franchises. So what is the Spider-Verse, and what does it mean for the future of MCU and Sony superhero films?

What Is the Spider-Verse?

The Spider-Verse has been around for a long time, primarily on the comics side of the Spider-Man franchise. The timeline can initially be confusing, with hundreds of different Spider-Mans to keep track of across numerous universes. Simply put, a lot of Spider-Man comic book series revolve around a specific version of the hero – whether it’s teenage Peter Parker just trying to make ends meet, his protege Miles Morales taking over, or a different version of Spider-Man entirely. Each version is distinct and hails from its own universe, but when those universes collide, that’s what created the Spider-Verse we see in the MCU and Sony films.

Related: Across the Spider-Verse (Part One): Everything We Know

The main Spider-Man universe is Earth-616, also known as the Marvel Universe, and it features Peter B. Parker. This is the original Spider-Man, created by Stan Lee and Steve Ditko for Amazing Fantasy #15 in August 1962. This is the classic incarnation of the hero, following him from the spider bite through many adventures. Currently, Earth-616’s Peter B. Parker is still alive – but the same isn’t true of the next most popular universe, Earth-1610.

Miles Morales stars as Spider-Man in the Ultimate Universe following the death of his world’s Peter Parker. This version of Spider-Man is the hero in Spider-Man: Into the Spider-Verse, the Sony franchise. While the comics reunite Miles with Earth-616’s Peter Parker, the MCU has yet to incorporate Miles into its storyline. We did get a cameo of Mile’s uncle in Spider-Man: Homecoming, though. So perhaps Miles will make a future appearance in the series.

The third most popular Spider-Verse is Earth-120703, featuring Peter Parker. However, this version of Peter is not the same as the current MCU one – this Peter is the star of Sony’s The Amazing Spider-Man film series. Played by Andrew Garfield, this Peter even made an appearance in Spider-Man: No Way Home.

In the comics, it has been far more common for different versions of Spider-Man to come together. For the film franchises, getting to see Andrew Garfield and Tobey Maguire team up with Tom Holland was very exciting. Hopefully, the MCU will continue to explore the Spider-Verse as the multiverses collide.

There are alternate universes in the Marvel franchise featuring many variations of favorite heroes. Whether it’s She-Hulk, Loki, or a bunch of different Spider-Mans, the MCU has been exploring the complicated web of the multiverse more and more recently. In the films, the multiverse really came into play with the Doctor Strange series and as Thanos grew in power. The Snap caused a ripple effect across the universes, and while it’s been explored more through the Disney+ series than in the films, we’re eager to see where the MCU goes in the future.

Where Is It Going Next?

With so many universes to explore and two different film franchises to enjoy, it seems clear that Spider-Man’s popularity is only growing. We can’t wait to see where the Spider-Verse takes us next!