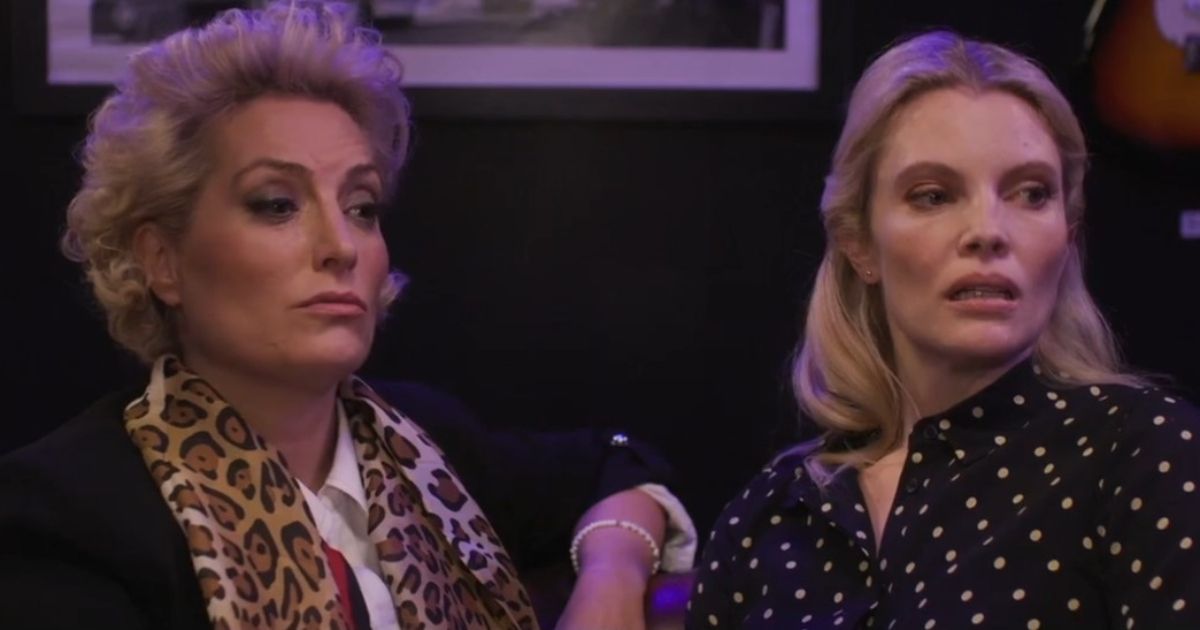 Sun, sea, and sand are sure-fire ingredients for a feel-good romantic comedy — think Mamma Mia!, for example – but there’s quite a gap between packing your main characters off on a fortnight’s frolics by the beachfront and uprooting them outright from their mundane existences to start a new life.

It’s an unlikely gambit, to be sure, but this is exactly the tack taken by the upcoming film One Year Off. Independent filmmakers MSR Media are nothing if not prolific and have a number of low-budget films on their roster this year, including York Witches Society (like Stranger Things with a liberal dash of the Salem witch trials thrown in) as well as action thriller Us or Them. But this rom-com set in the sun-drenched Caribbean is now in post-production and soon to see the light of day.

Here’s what we know so far.

One Year Off: The Plot

One Year Off begins in dreary London, with the travails in love of the perpetually disappointed singleton Claire. Out of the blue, she receives a phone call from her old friend James, who left the United Kingdom years previously and now lives in New York. James has unexpectedly inherited a house and club in the Caribbean from his estranged father and decides to get in touch with his old circle of friends, inviting them all to the island of Nevis for a week to stay.

Related: The Biggest Rom-Com Actresses of All Time

On arriving, the ensemble falls in love with their surroundings and begins to ponder ways of extending their stay. Claire hits upon the idea of hosting beachfront weddings — a venture that starts promisingly enough but then goes horribly wrong as the crew’s initial luck disappears. With a dashing young man on the scene, Claire and her friends seek to find fulfillment and happiness in one of the most beautiful places on Earth.

The set-up of a group of bosom buddies brought together years after going their separate ways may sound more than a little predictable. However, the improbable conceit of the film’s main characters stepping away from their everyday lives for a whole year has a silliness about it that may chime with audiences willing to be indulged by notions of exchanging dreariness for life in a tropical paradise.

One Year Off: The Cast

Heading the cast is veteran American character actor Jeff Fahey. Fahey’s TV work includes countless high-profile productions such as Lost, Under the Dome, Legends of Tomorrow, and Training Day. His profile in cinema is high right now thanks to his appearance in a supporting role in Netflix’s Maneater, a horror film about shark attacks released in August.

Starring opposite Fahey is Nathalie Cox as Claire. If the name sounds unfamiliar, it’s because the odd bit part in feature films aside (in 2005, she starred opposite Orlando Bloom in Ridley Scott’s Kingdom of Heaven and briefly appeared in the 2008 Simon Pegg vehicle How To Lose Friends and Alienate People), Cox has primarily worked in British television. However, she was previously cast by One Year Off‘s director Philippe Martinez in Father Christmas is Back in her first major film role last year. Cox’s comedy credits include supporting roles in the flagship BBC sitcom The Vicar of Dibley, as well as a well-received appearance opposite Chris O’Dowd in The IT Crowd, Pete Versus Life, and Pramface.

Related: Exclusive: Jeff Fahey on the Movie Maneater and the Joy of Acting

Helming One Year Off is French director Philippe Martinez. Best known for his work on The Chaos Experiment (2009), Martinez has primarily worked in the action genre, directing the likes of Val Kilmer, Elizabeth Hurley, Eric Roberts, and Steven Seagal. While much of his output has been aimed at the direct-to-DVD action film market, One Year Off represents the continuation of what appears to be a late-career switch to comedy, following 2021’s Father Christmas is Back, which was picked up by Netflix, and featured the likes of Kelsey Grammer, Monty Python’s Flying Circus member John Cleese, and Talulah Riley (Inception).

Martinez is also active in television and worked as a producer on Salvage Marines, a dystopian military sci-fi drama featuring Starship Troopers star Caspar Van Dien that premiered on Popcornflix in the summer.

Filming for One Year Off began on location in early 2021 on the Caribbean island of Nevis and wrapped later that year. The film is now in post-production; a release date has yet to be announced.