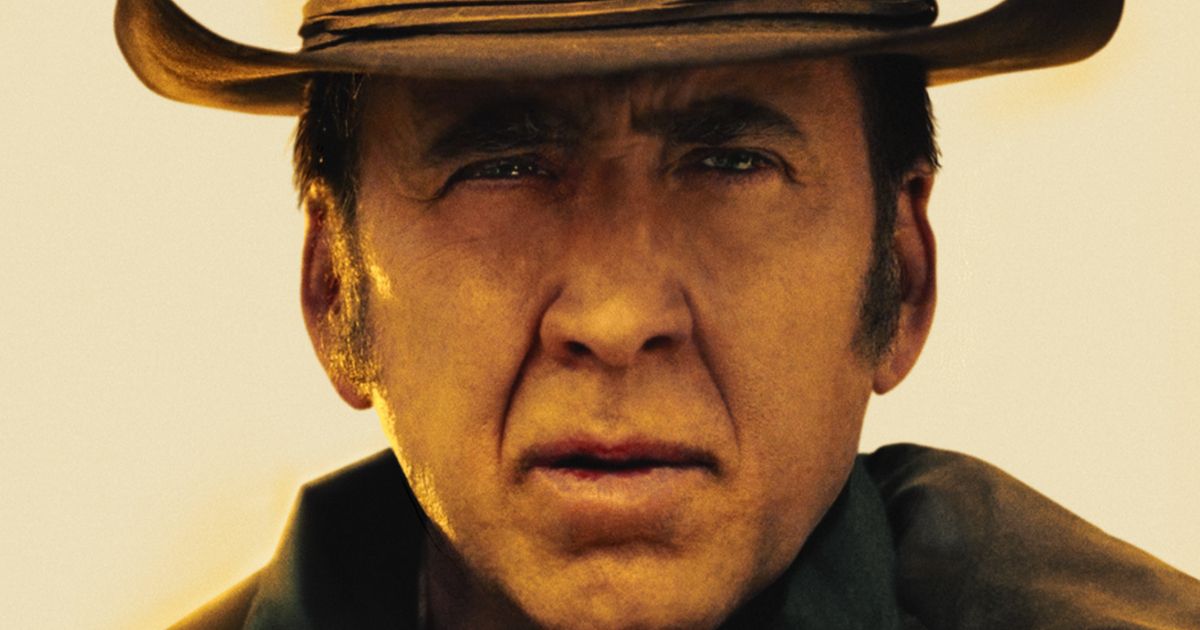 Lionsgate has released the official trailer for The Old Way, revealing a sneak peek into the next venture for veteran actor Nicolas Cage. This time, he’s heading to the Wild West where he’ll be shooting his way toward a goal of revenge — with his 12-year-old daughter (Ryan Kiera Armstrong) by his side. Cage starring in a Western might be something you didn’t know you needed, and you can watch the below trailer to see what we mean.

The film is directed by Brett Donowho and written by Carl W. Lucas. Along with Cage and Armstrong, The Old Way stars Noah Le Gros, Clint Howard, Abraham Benrubi, and Nick Searcy.

The official synopsis for The Old Way is as follows:

Nicolas Cage stars in his first-ever Western as Colton Briggs, a cold-blooded gunslinger turned respectable family man. When an outlaw and his gang put Colton and his family in peril, Colton is forced to take up arms with an unlikely partner — his 12-year-old daughter (Ryan Kiera Armstrong) — in this action-filled film that builds toward its fateful showdown with pulse-pounding suspense.

Related: Why Universal’s Renfield Could Be One of the Best Movies Released in 2023

The movie is touted as the “first Western” of Nicolas Cage’s career. It does come as one of two roles Cage took in that finally bring him into the genre; he also appears in the upcoming genre movie Butcher’s Crossing. The Old Way helmer Brett Donowho spoke about how honored he was to introduce Cage in a Western when the film was announced last year.

“It is both an honor and privilege to work with Nic on the first Western of his illustrious career,” he said, via THR. “Cage not only epitomizes the character of Briggs, but he is also the consummate professional a director only dreams of working with to bring this enigmatic character to life. As a father of three daughters, I cannot wait to share this compelling story of a father and daughter and their emotional journey of discovery.”

On his roles in both The Old Way and Butcher’s Crossing, Cage is also quoted as saying, “Being born and raised in the West, this is another good match and long overdue. I’m excited and compelled by the complex characters of both Briggs and Miller, and to find new ground to play at 57 is indeed galvanizing.”

We’ve seen Cage in many other interesting roles in recent years. This includes a highly-praised performance as a truffle-hunter on a rescue mission for his pet pig; a night shift janitor battling killer animatronics at an amusement park; and even a heightened version of himself in The Unbearable Weight of Massive Talent. He will also appear as Dracula in the upcoming horror-comedy movie Renfield, marking another must-see role for the prolific actor.

The Old Way will be releasing in movie theaters on Jan. 6, 2023, where it will play exclusively until it is followed by a release on Premium Video on Demand and Premium Digital on Jan. 13, 2023.