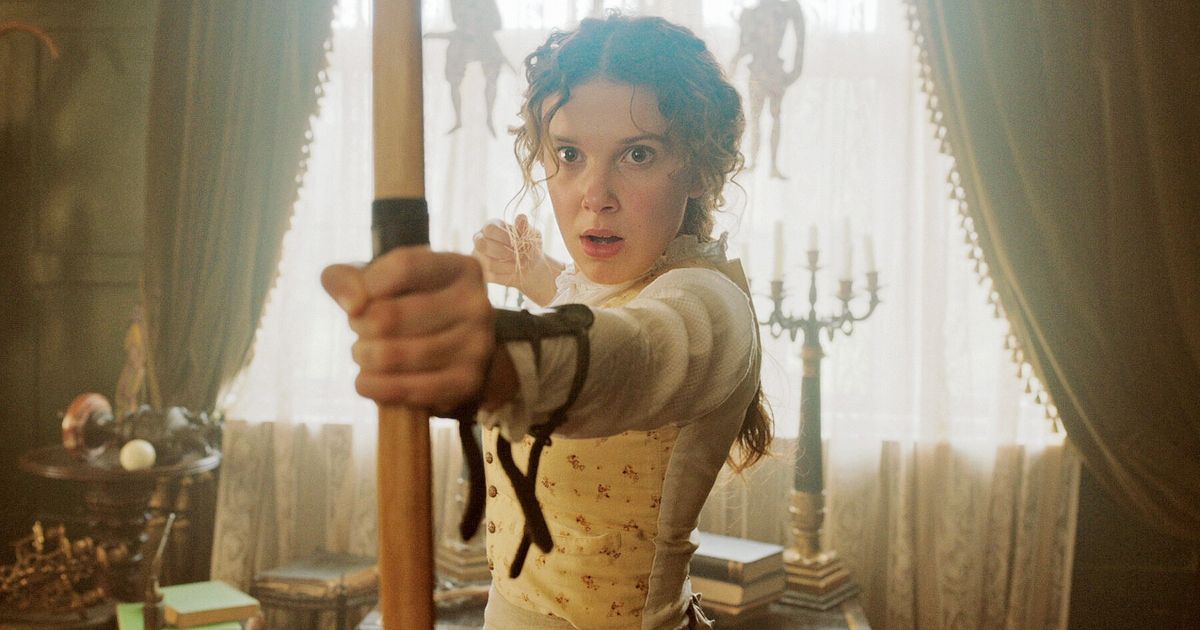 Although Britney Spears recently said that she is too young to have a biopic made about her life, Millie Bobby Brown has already put her name in to play the pop star if the chance came along. The Stranger Things and Enola Holmes actress revealed in a new interview that she has a personal reason for wanting to play Britney, which comes down to her experiences with online harassment when she was younger.

Brown is currently starring in Enola Holmes 2 on Netflix, playing the sister of the famous Sherlock, but she has ambitions to play “a real person” in the future, and she told Drew Barrymore on her talk show that Britney’s story is one that really resonated with her. She said:

“I think her story resonates with me. Just growing up, watching her videos, watching interviews of her when she was younger — I see the scramble for words and I don’t know her, but when I look up pictures of her I feel like I could tell her story in the right way and hers only.”

Spears has made it clear that she doesn’t want anyone playing her in a film just yet, having posted on her Instagram account:

“Good news, good news !!! Still breathing … it’s funny the same two people who gave me life are the same exact 2 people who took it away … but guess what !!! I’m alive and I’m breathing again !!! Yeah I know I’ve posted too much this week on Instagram … kinda fun though !!! Now that I’m breathing … I have time … it’s different !!! I like it !!! I hear about people wanting to do movies about my life … dude I’m not dead !!!”

There are many ways in which Millie Bobby Brown’s experiences in the entertainment industry have enabled her to feel a kind of bond with Spears, even without knowing her personally. Brown became the subject of a lot of unwanted attention when she turned 18, and while part of social media celebrated the teenager, there was a more unsavory side of Twitter that immediately began swamping the star with inappropriate comments.

Spears has had to cope with many similar instances of online harassment over the years, and while the internet was not the breeding ground of hateful trolls that it frequently is seen as now, the singer had her own problems to deal with throughout her younger years, that have taken a toll on her. Thankfully for Brown, she has not had to deal with quite the same issues as Spears, but while speaking in a previous interview, she did comment on what she feels are the faults of the industry, saying:

Having starred in two of Netflix’s biggest hits, along with Monsterverse movies, it is clear that Millie Bobby Brown will have plenty of lead roles to come, and who knows whether that will include playing Britney Spears in a biopic sometime in the future.