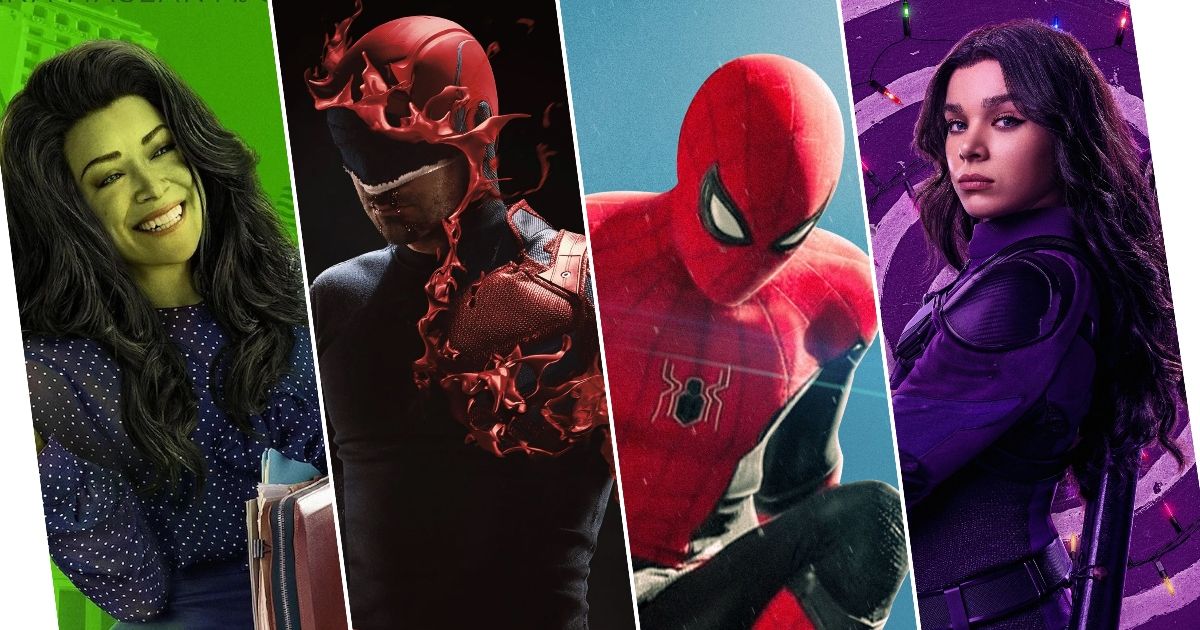 With the Avengers on a hiatus, Captain America an elderly man, Iron Man’s legacy living on in his young daughter, and Thor currently in space, who is left to defend Earth in the MCU? Moreover, who’s there to defend people on a smaller scale? This, of course, calls to the street-level heroes, those who are grounded and aren’t fighting aliens and space creatures, or traveling through the Multiverse — just taking care of business, street-style.

That said, some of the heroes on this list have been to space, or were involved in the epic battle of the decade against Thanos’ army, but then went back to fighting crime in their respective corners of the world. Despite being well into The Multiverse Saga, Marvel Studios President Kevin Feige has promised a renewed focus on the MCU’s street-level heroes going forward in an effort to keep the franchise grounded. Here are the heroes we can look forward to seeing in this regard.

The Avenger with no “super” power, per se, other than his bow, his arrows, and his ability to foster-parent lost young adults (Wanda Maximoff and Kate Bishop), Clint Barton aka Hawkeye usually sticks to the street-level villains. After his run with the Avengers, losing his family to Thanos’ Snap, and then going to war against his army, it seemed like the end for Hawkeye. However, the MCU brought him back in his titular Disney+ series Hawkeye, and restored him to his roots. Right now, his MCU future remains to be seen, but we’re hoping to see him at least close out The Multiverse Saga.

Related: MCU: The Problem with the Disney+ Shows

The Hawkeye groupie who dreams of becoming her hero sticks to fighting crime on the street level. Kate Bishop is an excellent archer and has enough wit to fit her into the MCU, not mention a rich upbringing that allows her to get what she wants when she needs to. In the Disney+ show Hawkeye, she fights the iconic New York crime boss Kingpin, gains the help and tutelage of Clint Barton, encounters (even befriends) Yelena Belova, and essentially embarks upon becoming a Young Avenger in her own right. Played by Hailee Steinfeld, Kate will definitely make more appearances in the MCU.

The Howling Commando turned Super Soldier assassin while under mind control by Hydra became known as The Winter Soldier during the MCU’s Infinity Saga. In one of the more dynamic character arcs in the franchise, Bucky went from friend to foe to fugitive to friend, seeing his fair share of war (international and intergalactic). Most recently, and significantly, in The Falcon and The Winter Soldier, we saw Bucky on a journey of making amends and overcoming the trauma he both caused and experienced. Played by Sebastian Stan, Bucky will next be seen in the upomcing Thunderbolts movie. Whether he will continue to be The Winter Soldier or take on the mantle of The White Wolf remains to be seen.

Sam Wilson, the former vet turned superhero with the aide of Steve Rogers, was first introduced as Falcon. However, going forward, he is now the MCU’s new Captain America, shield, stars, stripes, and all. After fighting Thanos, Sam returned to the streets, fighting the Flag Smashers in The Falcon and The Winter Soldier while he grappled with being handed Cap’s shield. He will return in Captain America: New World Order.

Jennifer Walters is an attorney by day and a giant green Hulk by…day as well. In the Marvel Comics, she got her powers by receiving an emergency blood transfusion from one Bruce Banner, aka The Hulk, and developed the powers from there. Unlike Banner’s version of the green monster, Jennifer is able to remain herself while in Hulk form, with no alternate personalities showing. She is considered an MCU street-level hero because her villains are those that she can, as we saw in her Disney+ series She-Hulk: Attorney at Law, fight in court. Of course, she also took part in some actual superhero crime-fighting, notably alongside Daredevil.

Like Jennifer, Matt Murdock fights crime both inside the courtroom and out. It’s his thing: when the justice system fails him as a lawyer, he takes matters into his own hands as Daredevil. Part of the Defenders team, he fights Kingpin and the other mob bosses of New York City using his super-hearing and fighting ability. Daredevil is the first of the formerly-Netflix era of Marvel heroes to be officially introduced into the MCU, having made appearances in Spider-Man: No Way Home and She-Hulk: Attorney at Law. He’ll appear in more MCU projects, including Echo and his own series, Daredevil: Born Again.

Taking the top spot is the friendly neighborhood Spider-Man, of course. The MCU franchise did give us a different version of Spider-Man that really dove into the realities of being a superhero still in high school. He was part of the Avengers, working with a team to fight aliens and otherworldly armies with superpowers. However, at the end of the newest movie, Spider-Man: No Way Home, we got to see a glimpse of the classic street level hero we’ve become familiar with in past franchises. Spider-Man looks out for the little guy, the people of New York City who are often attacked by evil scientists or corporate madmen, and those he loves most.