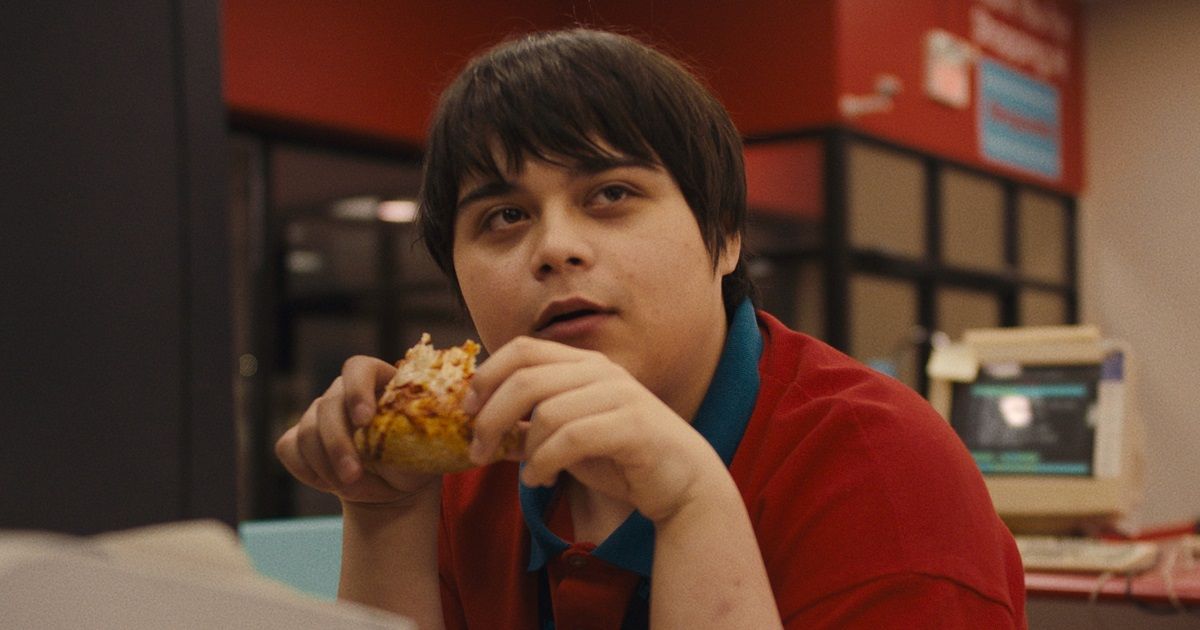 In an era of near-instant downloads and easy streaming, it’s easy to forget how things were in the days before broadband. Many of us fondly remember the experience of going to the local video store looking for cheap thrills on a Friday night. The sort of place where the popcorn and soda were next to the front desk, and the staff all wore polo shirts and khakis. Those will appreciate the tender humor in I Like Movies, which debuted at the Toronto International Film Festival in September 2022.

The film was a low-budget production with a small cast that takes place in the early 2000s in a single location — a nondescript video store. I Like Movies brings Clerks-style ennui and nostalgia for a bygone age of film-watching to the table. Here is everything we know about the film so far.

The film takes place in Ontario in 2003. Lawrence Kweller is a high school and cinephile who dreams of becoming a famous movie director. He longs to leave town and become a film school student in New York.

Related: Here Are Some of the Best Canadian Movies of All Time

Looking to save the money needed for tuition fees, he lands a job at the town’s film store. However, Lawrence begins to alienate those around him, including his best friend Chuck and his single-parent mother, all the while forming an unlikely relationship with his store manager, Alana.

As graduation nears, a series of painful realizations dawn on Lawrence. Will he achieve his dreams? And what will it mean for his relationships with his friends and family if he does?

Heading the cast is Isaiah Lehtinen as Lawrence Kweller. Having begun his career with bit parts in TV series such as The Flash and Van Helsing, Lehtinen’s recent work includes a recurring role in SyFy’s alternate world crime caper Deadly Class. I Like Movies will be his first starring role.

Playing Lawrence’s mother, Terri, is Krista Bridges, whose extensive character work in television includes recent appearances in Schitt’s Creek, Peacock’s short-lived adaptation of Dan Brown’s thriller The Lost Symbol, and The Umbrella Academy, but who is best known in sci-fi circles for her portrayal of Sandrine Kirino in The Expanse. Her work in the Canadian film industry has likewise been extensive and varied, from crime thrillers. These include a minor supporting role opposite Milla Jovovich in Faces in the Crowd (2011) and horror movies such as Isabelle (2018) and 388 Arletta Avenue (2011).

Lawrence’s friend Matt is played by Percy Hynes White, who had an extensive career as a child actor appearing in films such as Night at the Museum: Secrets of the Tomb (2014), sci-fi horror Rupture (2016), and Marvel spinoff The Gifted (2017) before taking on adult roles. A high-profile appearance is scheduled for later this month, when White will star in Tim Burton’s long-awaited new series Wednesday, about the life of the infamous daughter of the Addams Family.

Related: The Best Actors You Didn’t Know Were Canadian

The debut feature of director and writer Chandler Levack, I Like Movies, takes a wry look at the nature of ambition. Levack began her career directing short films and music videos and is a two-time nominee for the premier Canadian music awards, the Junos.

I Like Movies was yet another film directly affected by the Covid pandemic. Cameras rolled in the spring of 2021, before vaccines had become widely available, and involved daily Covid tests and face shields. Most of the film plays out in Lawrence’s workplace, the fictional Sequels Video. Levack paid close attention to period detail during the production, even going so far as to source shelving, in-store TVs, and phones from a derelict Blockbuster store in order to create as authentically as possible the environs of a typical early 2000s video store. Levack even employed her father, a former advertising copywriter, to develop slogans for the in-store advertisements playing in the background.

In part, this adherence to verisimilitude gives I Like Movies its remarkable ability to recreate the milieu of a time that is not all that long gone but which, nevertheless, is so far removed from present-day experience as to be difficult to faithfully replicate. Since its premiere earlier in the fall, the critical response has been positive, and the film bagged the RBC Emerging Artist Award at the Calgary International Film Festival in September. Equal parts coming-of-age movie, a love letter to the world of cinema, and a tribute to the power of dreams, I Like Movies looks set for a warm reception on its wider release.

International release dates have yet to be announced.