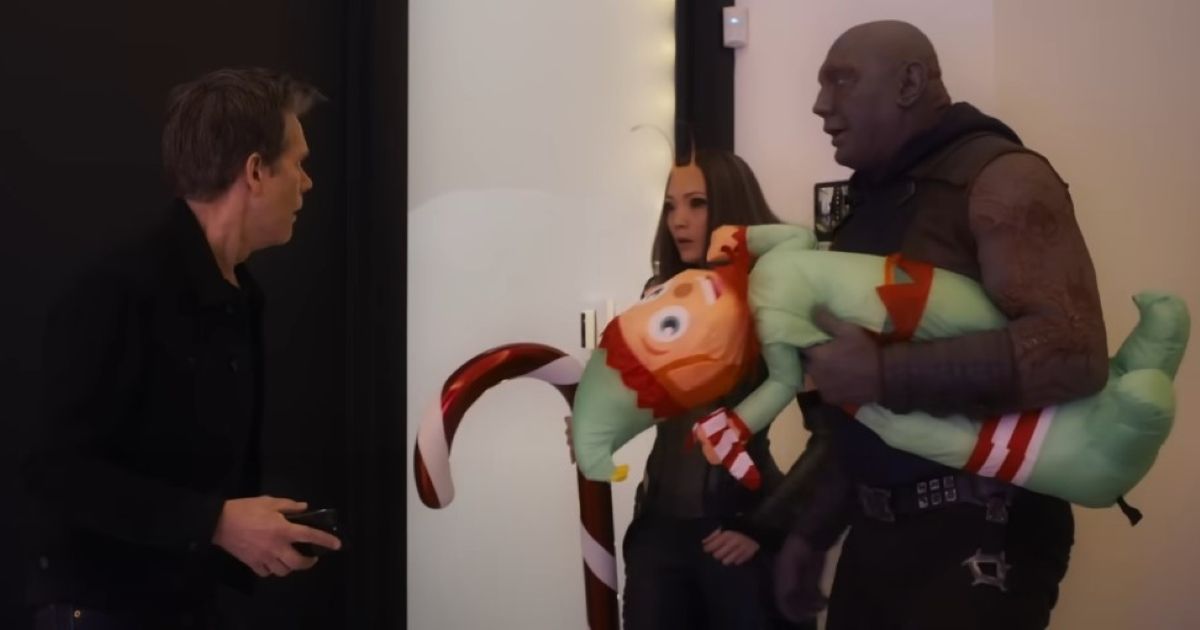 The Guardians of the Galaxy Holiday Special is almost here, but despite the festive Special Presentation coming almost two years after Marvel broke their Disney+ seal with WandaVision, Kevin Feige recently revealed that it was pitched much earlier. According to the Marvel boss, James Gunn’s penultimate Marvel offering was the very first project to be pitched for release on Disney+, years before the platform was even launched.

Next week, Star Lord, Drax, Mantis and the rest of the Guardians team will be arriving on Disney+ to bring some holiday cheer in a bridging story that will lead the characters into their final movie outing next summer. However, it has been a long time coming, as in a new Marvel Entertainment feature, Feige revealed that James Gunn actually pitched the idea of a Holiday Special while working on Guardians of the Galaxy vol.2 back in 2016. Feige said:

“It is the very first thing every conceived for Marvel Studios for Disney+. On the set of Vol. 2, James Gunn said we should do a holiday special. We all had a laugh, we thought that would be great. And then they wrote it in like three days.”

Despite the early pitch and script work, it took several years for Gunn to bring his Guardians of the Galaxy Holiday Special to life, and there were a few different factors that caused the lengthy delay. This has not only put it well behind some big Marvel series, but also the recent Special Presentation of Werewolf By Night.

Related: James Gunn Shuts Down Rumors of One Marvel Cameo in Guardians of the Galaxy Holiday Special

What Delayed The Guardians of the Galaxy Holiday Special For So Long?

Of course a lot happened between the 2016 release of Guardians of the Galaxy Vol. 2 and now. This included James Gunn being fired and rehired by Disney, which led to him jumping over to Warner Bros. to bring The Suicide Squad back for a second outing, and of course the Covid pandemic, which delayed any number of projects.

James Gunn essentially did not begin production on the Guardians of the Galaxy Holiday Special until he started filming Guardians of the Galaxy Vol.3. While it makes sense that the writer/director would want to put the two projects back to back for continuity and ease of filming, it has meant that the Special Presentation may not be exactly the same as it would have been if made back when Gunn first pitched it.

With Gunn now heading off to be CEO of DC Studios, it seems that there is very little chance of him working with Marvel again any time in the near future. Guardians of the Galaxy Vol. 3 will be his final movie in the MCU, and it will also be the final time out for some of the Guardians team. With that in mind, many Marvel fans will be ready to savor a fun and adventure-packed trip with the Guardians before their final, emotional movie roles out in 2023.