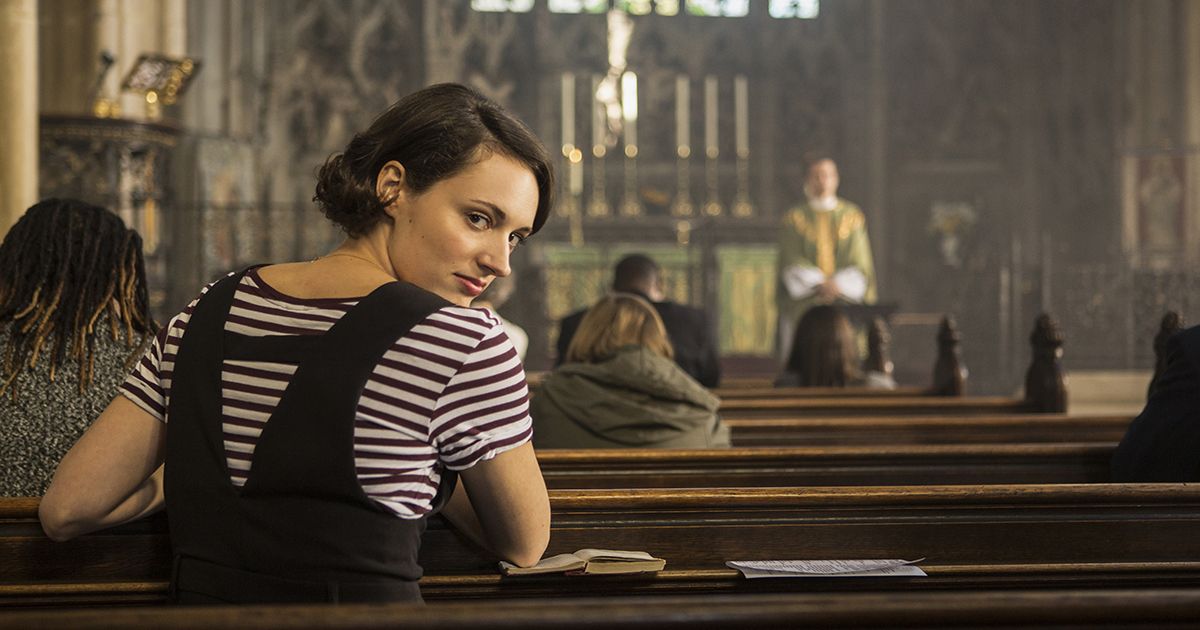 One of the most popular and talked about shows in recent times is one that is no longer running. With only two complete seasons to its name, the fourth wall-breaking British dramedy has won six Emmy Awards and is still gaining streams even after its end in 2019. That show is Fleabag, created by its lead actress Phoebe Waller-Bridge. With the unique filming style and humor masking the raw drama, Fleabag even managed to earn a spot on former U.S. President Barack Obama’s watchlist.

Fleabag is full of hard hitting topics, laugh out loud moments, fun fourth wall-breaking, and a complete cohesive storyline from the first to second seasons. Plus, the show is filled with such interesting characters who are often not even given names. Like our main character, who is only ever credited as Fleabag, and never referred to by her real name. With the collection of the two seasons, there are moments that made audiences laugh, smile, cringe, be in shock, and most definitely sob. Here are the funniest moments in the hit series Fleabag.

One of the funniest recurring bits of the show is a bronze statue that Fleabag steals from her Godmother (played by Olivia Colman). In the shape of a nude woman, Fleabag steals it, returns it, only to go back and forth countless times. After attending Claire’s work celebration, she gives her boss an award for women leaders, only to find that Fleabag had broken it and replaced it with the bronze bust of a nude woman. After the party, Claire tells Fleabag to retrieve the award, so she follows the boss out into the street, at a murderous pace no less, and freaks her out, leading to a hilarious moment at a bar.

Related: Fleabag: Where the Cast is Today

Attending yet another one of their father’s conferences, Fleabag and Claire meet in the theater where there will be a speaker. They skirt around the fact that Fleabag is wearing her sister’s sweater, which Claire had seemingly lost, which immediately establishes their sibling dynamic. Shortly after, the speaker comes onto the stage and opens with a question: Would the ladies in the audience sacrifice a year of their lives to have the perfect body? Both Claire and Fleabag raise their hands, the only ones in the audience to do so. This prompts them to ask, “Are we bad feminists?”

In the moment, this is a very shocking and sad scene, but in Fleabag fashion, the reactions of other characters and the way the scene plays out make it oddly hilarious. Earlier in the season, Claire had a miscarriage with her and Martin’s child. Fleabag covers for her, claiming that she was the one who had miscarried instead of her sister, and Martin makes a disparaging statement about how it was the child’s way of saying they didn’t want Fleabag as a mother. Later in the season, Godmother is making a spectacle of Fleabag, announcing her miscarriage to all of her guests, which prompts Claire to come clean, throwing Martin’s words back into his face. Fleabag and the Priest have encouraging laughs to cheer on Claire, and Fleabag shares a moment with the audience. The situation itself isn’t funny, but the commotion and the writing is brilliant and makes you gasp and laugh at the same time.

Falling incredibly hard for a Priest who is taking his celibacy incredibly seriously, Fleabag is desperate to do anything for the man, which includes attending religious activities while being a devout atheist. One of the events he brings her to is a silent observation, where he says that the only time you speak is if you felt led by the Lord to do so. While battling her inner voice, Fleabag fights to try and connect with the Priest and is drawn to stand. Freaking out and not knowing what to say, Fleabag stands to her feet and confesses something that seems to have been weighing heavily on her heart: “I sometimes worry I wouldn’t be such a feminist if I had bigger tits.”

An ongoing joke throughout the second season of Fleabag is that the Priest is deathly afraid of foxes, and that they’ve been following him. This usually comes up in the worst moments, like in the middle of an endearing conversation, or to get out of a conversation. At the end of the show, the Priest and Fleabag have both confessed their love for each other, but they know it’ll never work out. Fleabag tells the Priest she loves him, and he responds with the most heart-wrenching answer, “It’ll pass.” Once again, this moment is so terribly sad and painful, and it hurts us to see Fleabag in pain, and then something happens that makes you laugh through your tears: an actual fox appears. And Fleabag tells the animal which way the Priest went.

Claire changes her hair every time she is going through something. After giving Fleabag the cold shoulder, she calls her sister in a panic, claiming there is an emergency. Fleabag rushes out of her café and meets her sister in the park, where, lo and behold, Claire has changed her hair. And in her words, “It’s horrendous.” She had cut her hair in a very short bob, and both sisters go back and forth, saying how dreadful it is in one moment, and how modern it looks in another. It is a very endearing and hilarious moment shared between sisters.

Fleabag and her sister, Claire, have recently lost their mother. Their father, not knowing how to deal with the trauma of losing both a wife and a mother, constantly gifts his daughters with retreats and lecture tickets to feminist events. In this particular scene, both sisters are going on a weekend retreat. After ringing the door and standing for far too long on the stoop, in the distance, there is a loud cry. The voice calls out, “Sluts!” In a moment of confusion and sharing a look, Fleabag turns and responds back with, “Yes?” One of the most hilarious one-liners of the entire two seasons of Fleabag.