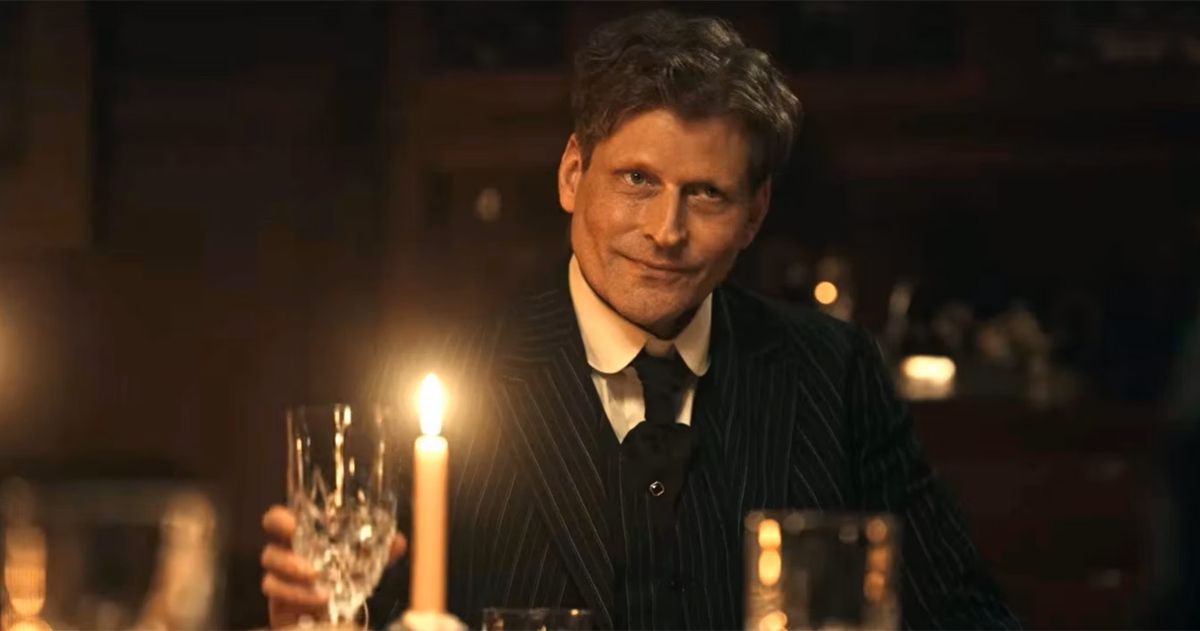 Crispin Glover is known for many things, from classic films like What’s Eating Gilbert Grape and Back to the Future to cult favorites like Bartleby, Willard, and American Gods. He’s more like a modern artist though, creating music, books, and visual art throughout his career, and while he’s a famous name (or infamous, if you ask David Letterman fans), he’s arguably less known as a visionary filmmaker.

The two films which Glover has directed so far, What Is It? and It Is Fine! Everything is Fine., are not available on home media or digitally through streaming. That’s because just about the only way the films have been legally seen has been with Glover himself on one of the stops of his numerous tours. These live shows find Glover screening his work, alongside a performative slideshow and book readings, and are where Glover participates in Q&A’s. It’s this kind of invaluable context and relationship with the audience that a Blu-ray, streaming, or digital release of his films would fail to provide.

Speaking to MovieWeb about his phenomenal performance in Pickman’s Model, an episode of the Netflix series Cabinet of Curiosities, Glover elaborated on his philosophy and intentions.

“I purposefully have kept it out of the digital realm,” said Glover regarding What Is It? ” The film was a visceral, anti-corporate sentiment that can be easily misinterpreted. And I specifically made it for something to tour with, that I can be there to answer questions if it’s too delicate. There are too many things that would be easily manipulated to be very different from what my reasons for making the film were. So I never want that film in the digital realm, and it’s illegal if anybody tries to do that. It’s something I’m quite passionate about.”

With lists of films and TV shows that could “never be made today,” it’s fair to say that culture is increasingly sensitive. Some of that can be a good thing, but oftentimes, as Glover points out, it can have a stranglehold on artistic expression. Glover’s films, especially What Is It? also “couldn’t be made today,” because they explore some disturbing, difficult, subjects, along with censorship itself. Glover elaborated:

Films, one would think, should be things that speak for themselves. But there’s something happening in the culture right now, and I’ve been aware of it recently, since before recently. You hear about cancel culture and this kind of thing, but What Is It? was reacting to that way before what we have now, what we’re calling cancel culture. I was reacting to a certain kind of censorship of thought that is, to me, bad for art, and What Is It? was proactive in illustrating that. But people can take that film, and they can just say, “this is a bad person who made the film, which was part of the point, and why there are things in the film that can be very disturbing. It was purposeful, but I was aware of this starting in 2005. I could have put it out on digital back in 2005, but I knew it was not a good idea to do that. It’s very important for me to tour with the film, and I have zero plans to put it out. At some point I will start touring again.

Aside from wanting to protect his cast (especially in What Is It? which stars many actors with Down syndrome), Glover prefers to screen his films communally to prevent the kind of miscommunication and ‘social media outrage’ that exists in cancel culture. “Not wanting to sound pretentious, but it’s in that realm which can be highly misunderstood, highly misinterpreted, and used in a weaponized fashion. That would be really bad. So I’m very, very, very careful about it, and I’ve been aware of this even since before I completed it — it was part of the perspective, it was part of the point of the film.”

“I started shooting What Is It? in 1996″ said Glover, “but those things that I was reacting to unfortunately have gotten worse. I consider What Is It? to be a positive film, but I think many people would look at it and say, ‘Oh, this is disturbing.’ But it’s a commentary on a disturbing nature that’s going on in the culture, that has to do with censorship of thought and ideas, that if you go into territory that is so-called disturbing, well, you’re ‘bad.’

Glover is currently finishing up his third film, though it will not be the conclusion to his What Is It? trilogy. “It’s ridiculous how long I’ve been working on it,” said Glover. “It’s something that my father and I are acting in together, shot mostly in the Czech Republic.” He hopes to start touring again soon, and in the meantime, you can catch his surprisingly personal, excellent performance in Pickman’s Model, part of Cabinet of Curiosities on Netflix.