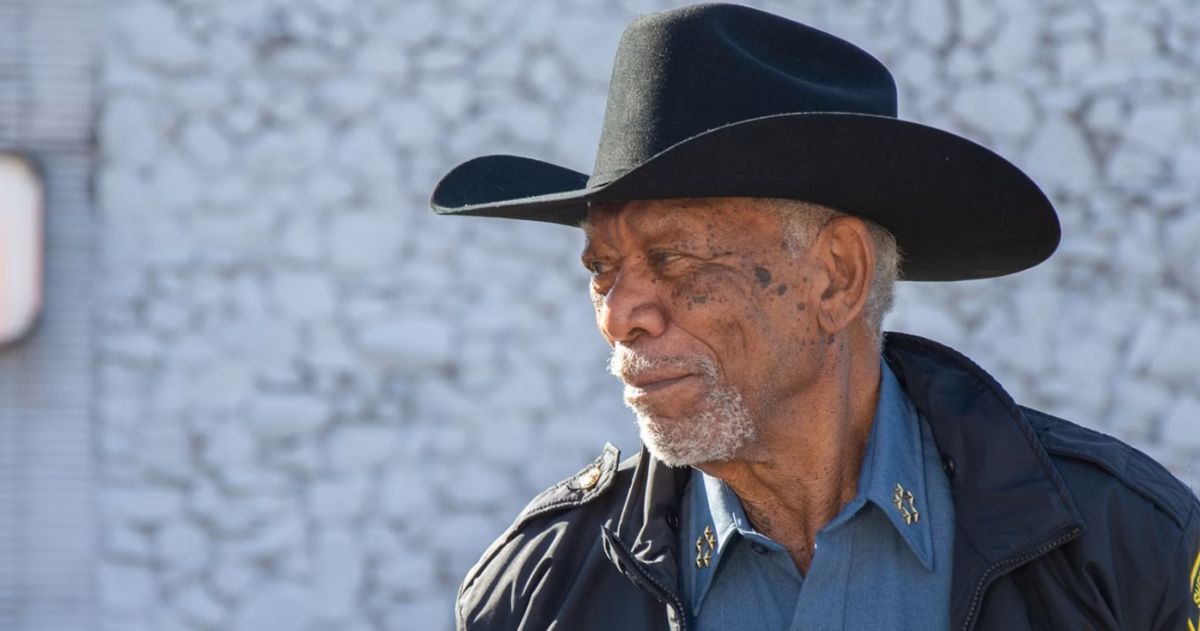 Days ahead of the release of The Minute You Wake Up Dead, MovieWeb can debut an exclusive clip featuring star Morgan Freeman. In the film, Freeman plays a small-town sheriff investigating a mysterious rash of murders. Our clip showcases the veteran actor in his role as Sheriff Thurmond Fowler as he grills Cole Hauser on everything he really knows about what’s happening. Watch the sneak peek clip below.

The Minute You Wake Up Dead is penned by Timothy Holland and directed by Michael Mailer (Heart of Champions). It is produced by Hollywood veteran Andrew Stevens (The Whole Nine Yards). Dawn Bursteen and Alan B. Bursteen executive produced under their Milestone Studios banner. Along with Freeman, the film stars Jaimie Alexander (Thor) and Cole Hauser (Yellowstone).

The official synopsis for The Minute You Wake Up Dead reads:

This sexy, riveting noir thriller will keep you guessing. After a shady small-town stockbroker begins dating a shy waitress, a shocking murder takes place — and one of them may be responsible. As word spreads that there’s money behind the killing, every criminal in town wants their share of the cash. One shocking plot twist follows another, and a bloody showdown leads to a mind-blowing finale.

Morgan Freeman Is One of Hollywood’s All-Time Greats

The film comes from Lionsgate and Milestone. In a joint statement, Milestone’s Dawn Bursteen and Alan B. Bursteen addressed Freeman’s casting and noted how happy they were with the entire cast and crew with what they’ve done with The Minute You Wake Up Dead.

“We couldn’t be more excited to have such a stellar cast with unique talents on board,” the statement reads. “Morgan Freeman is one of the most acclaimed and respected actors globally, paired with the terrifically versatile and talented Cole Hauser and the wonderfully gifted actress Jaimie Alexander is an extraordinary and ideal cast for the film. In addition, we are thrilled to be working with visionary director Michael Mailer and veteran producer, Andrew Stevens on this clever suspense thriller.”

Even with decades in show business and dozens of roles under his belt, Freeman isn’t through just yet, as we can see in the clip above. The 85-year-old comntinues to appear frequently in movies with recent roles including Coming 2 America, Hitman’s Wife’s Bodyguard, and Paradise Highway with Cameron Monaghan. Along with The Minute You Wake Up Dead, Freeman is also attached to several other upcoming films including Muti, A Good Person, and 57 Seconds.

The Minute You Wake Up Dead is set to be released in movie theaters, On Demand, and Digital on Nov. 4, 2022. A Blu-ray and DVD release will follow on Dec. 13, 2022. You can get another sneak peek at the movie by watching the official trailer below, via ScreenRant.