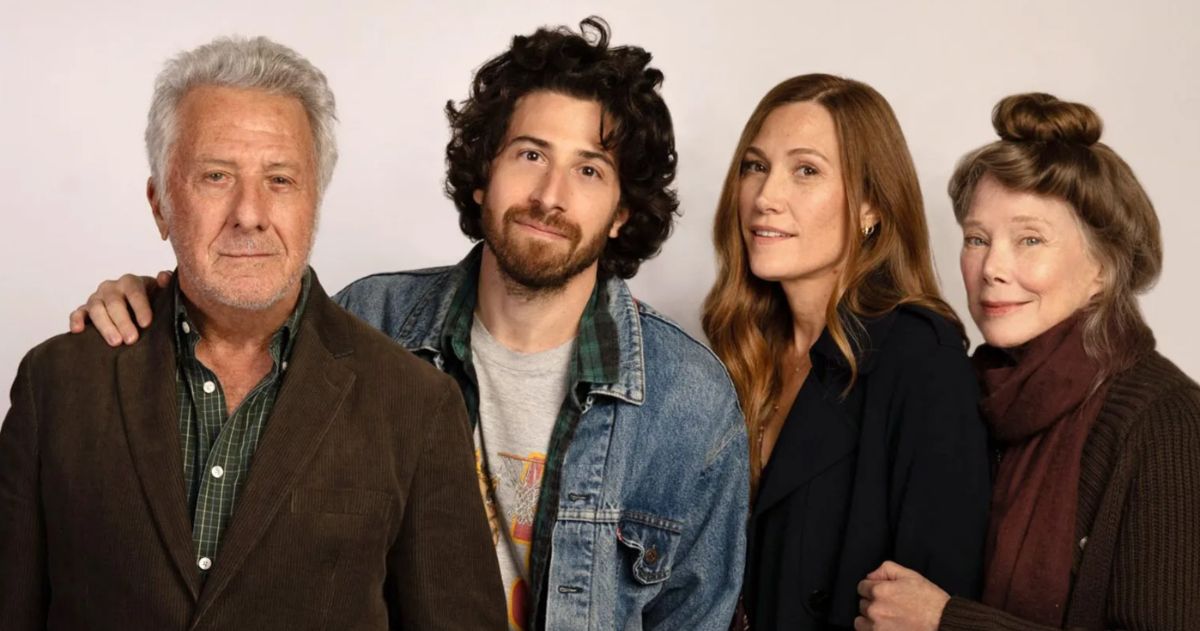 Veteran actor Dustin Hoffman and son Jake Hoffman play a father and son who fall for a mother (Sissy Spacek) and daughter (Spacek’s real-life daughter Schuyler Fisk) in the upcoming movie Sam & Kate. From Vertical Entertainment, the film is set to arrive on Nov. 11, and ahead of its release, we have an exclusive clip to premiere. The clip features a scene from the film with the two Hoffmans in the front seats while Spacek and Fisk are seated in the back. Taking place after a church service, the ride starts to get awkward when the two Hoffmans bicker as the ladies in the back look on in bewilderment. You can watch the clip below.

There’s much more to the relationships between these characters as can be seen in the film. The official logline for Sam & Kate reads:

When Sam returns to his small town to care for his ailing father, he soon finds himself falling for a local woman, Kate. Simultaneously, his father begins finding love with Kate’s mother. But both couples must confront their past in order to make their new love work for the future.

Jake Hoffman is a rising star in Hollywood, following in his father’s footsteps, and this marks one of his biggest roles to date. Sissy Spacek’s daughter Schuyler Fisk is on a similar path with her starring role in Sam & Kate. The results are “wonderful,” teases the filmmakers.

“Darren wrote a wonderful script and has brought it to life with an absolutely amazing cast and production team,” Vertical Entertainment’s Peter Jarowey said in a statement when the film was announced. “We cannot wait to share it with moviegoers.”

De Gallo added, “I’m incredibly thankful to Vertical for their partnership and collaboration on my first film and ensuring audiences will have the opportunity to experience it in theaters. This has been such a surreal experience and I’m so humbled and grateful to the amazing cast and crew we assembled. I’m looking forward to it being out in the world.”

Sam & Kate will be released on Nov. 11, 2022. You can see more from the film by watching the official trailer below, courtesy of Vertical Entertainment.