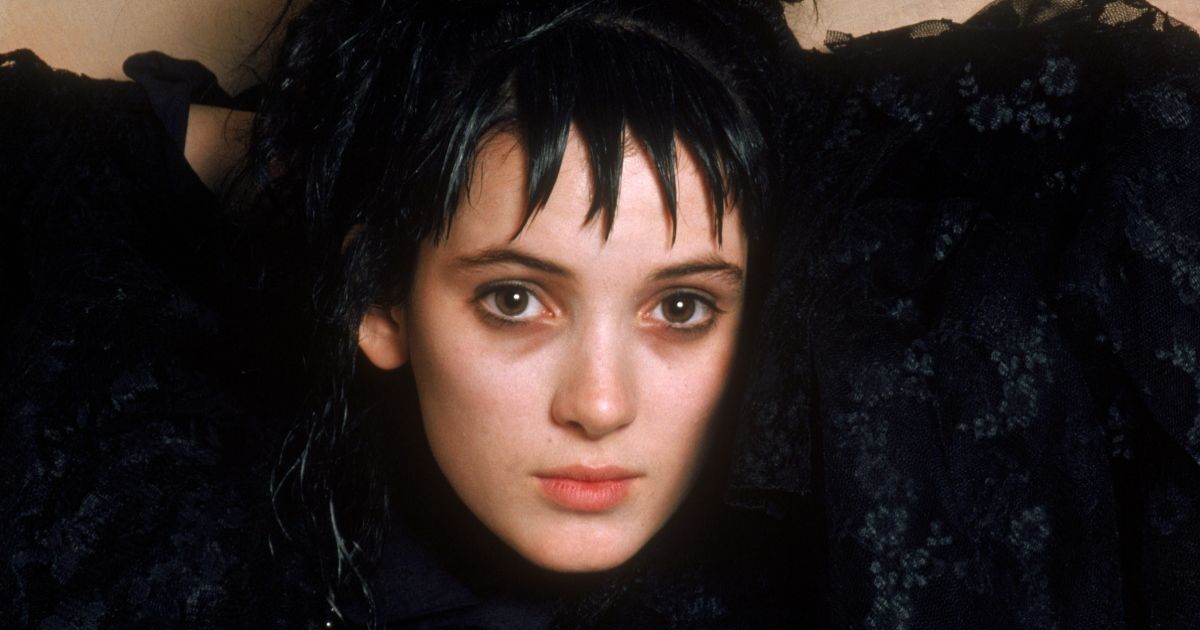 Born Winona Laura Horowitz, Winona Ryder is an American actress who rose to fame with her penchant for offbeat roles in the late-80s and early-90s. Her career was further catapulted when she became romantically involved with one of the most sought-after men in Hollywood, a then up-and-coming Johnny Depp. The pair shared screen-time in Tim Burton’s 1990 film Edward Scissorhands. Ryder’s name has always been synonymous with the 80s film genre due to her starring roles in some of the biggest movies of that decade. Her connection to the 80s was later cemented in film history with her starring role as Joyce Byers on Stranger Things, which can easily be described as 80s nostalgia excellence.

Throughout her career, Ryder has been nominated for several high-profile awards, including a Golden Globe and an Academy Award nomination for Best Supporting Actress in 1993 for her performance in The Age of Innocence. Next up, you can see her in Disney’s Haunted Mansion, set for release in 2023, and, of course, the fifth and final season of Stranger Things, slated for a 2024 release. Until then, here is every Winona Ryder 80s movie, ranked.

Square Dance is a 1987 coming-of-age drama based on the Alan Hines novel of the same name. Ryder stars as 13-year-old Gemma Dillard, who leaves her grandfather’s farm in favor of big city life in Fort Worth with her young mother who is now able to provide for her. The film follows Gemma’s experiences with culture shock and growing up until she eventually returns home. The Hollywood star discusses her experiences with fame and coming to terms with the past in a recent interview with Harpers Bazaar.

Great Balls of Fire! is a 1989 biopic about 50s rock musician Jerry Lee Lewis, who saw his opportunity to claim a place as the King of Rock n’ Roll while Elvis Presley was away serving in the U.S. Army. Despite his gift of music and having pioneered the rockabilly genre, Lewis’ controversial marriage to his 13-year-old cousin Myra would eventually tarnish his reputation and lead to the downfall of his otherwise successful music career. Ryder stars as 13-year-old Myra Lewis, although she was 18 during filming.

1969 is a 1988 drama about two college students, Ralph and Scott, returning home from college for the summer while grappling with the realities of impending adulthood. The film is set during the Vietnam War era and, as such, also examines social tensions Ralph and Scott face due to their opposing views on the War. The film stars Robert Downey Jr., Keifer Sutherland, and, of course, Ryder.

Lucas stars Ryder in her debut role as the titular character’s lovesick but supportive friend Rina. The film follows the socially inept Lucas through his first heartbreak as he watches Maggie, the girl he loves, fall for an older high school boy. Writer and director David Seltzer wanted the teen characters to be believable in the film, and thus wrote in hard language and hurtful dialogue not typically seen delivered by younger characters on-screen before. His instinct was dead-on as the script lends poignancy to some of the movie’s most dramatic moments.

Beetlejuice is an 80s classic featuring Michael Keaton as the titular “Ghost with the Most” and Ryder as offbeat, angsty teenager Lydia Deetz. The film also stars Catherine O’Hara, Alec Baldwin, Geena Davis, and Jeffrey Jones. It follows a couple who die suddenly, but are unable to cross over and must put up with an obnoxious new family moving into their dream home. When the couple seeks help from Beetlejuice, a self-serving “bio-exorcist,” things take an interesting turn. A sequel to the 1988 Tim Burton film was recently announced and Ryder has confirmed her return as Lydia.

Ryder stars as disillusioned teen Veronica Sawyer in the 1989 cult-classic Heathers. When she meets J.D., a fellow student who shares her distaste for the popular crowd, the pair deal with their teen angst by offing their popular friends and staging their murders as suicides. While Sawyer is initially manipulated by the devious J.D., roles are soon reversed as Veronica grows tired of his narcissism and bloodlust. Heathers was a complete-180 from other teen comedies of the time, and was director Michael Lehman and writer Daniel Waters’ explosive answer to the John Hughes generation. It might surprise you to know that the original draft of the film was even darker than the theatrical release we know today. It saw Sawyer as a more willing participant in the killings and ended with the high school being blown up and the students attending an afterlife prom in the sky. Despite its controversial nature, the film continues to resonate with audiences today. In 2019, per Variety, the cult hit celebrated its 30th Anniversary.