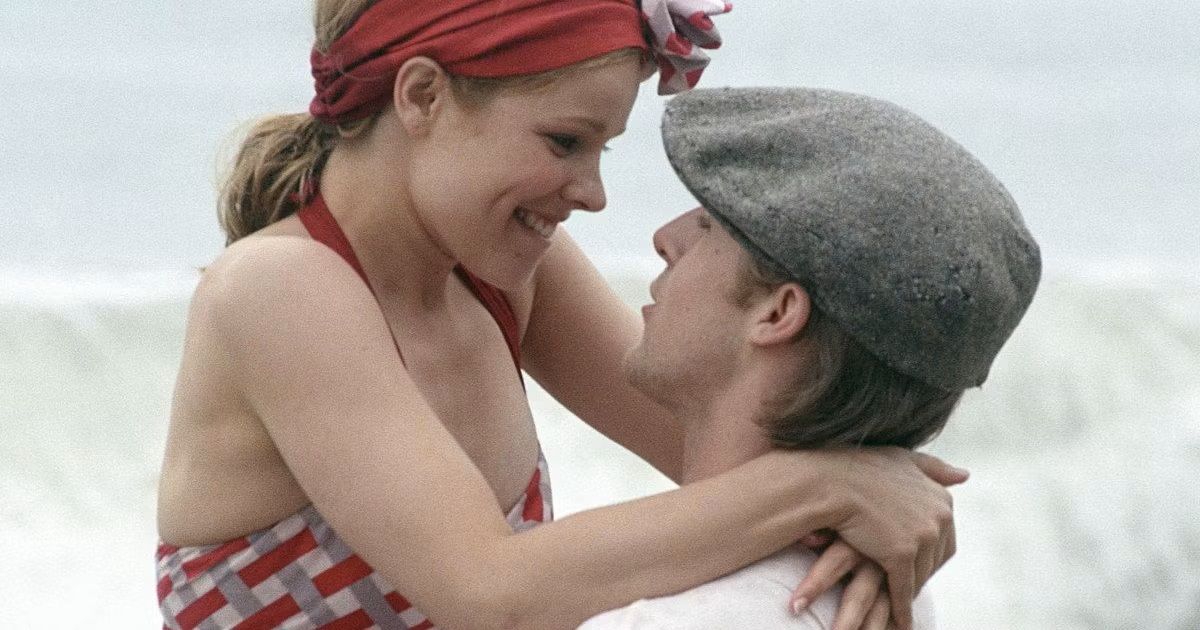 Nick Cassavetes has produced several fantastic films over the years that have left millions in tears, whether those be crying tears or laughing tears. From the ugly tears of My Sister’s Keeper to the laughing tears of The Other Woman, we know he churns out some emotional films. Of course, some might not know know that while he directs incredible films, he also has a history of acting. When he was only 11 years old, he starred in his first film, Husbands, which was actually directed by his father, John Cassavetes. In addition to Husbands, Nick Cassavetes can be seen in The Astronaut’s Wife, Backstreet Dreams, The Wraith, Life, and Class of 1999 II: The Subsitute.

News of Cassavetes’ upcoming film, God is a Bullet, surfaced back in 2021 (via Deadline). God is a Bullet is a book to film adaptation of the novel of same name by Boston Teran. The story is an American crime thriller, following detective Bob Hightower, who finds his daughter kidnapped, and his ex-wife murdered by a satanic cult. After becoming infuriated with the police, he infiltrates the cult, intending to hunt down the leader. If this film doesn’t scream emotion, what will? In light of his new installment, let’s dive into every movie directed by Nick Cassavetes, and find some new movies to shed some tears over.

Going back into the 90s, She’s So Lovely takes a turn into dark territory. Eddie Quinn (Sean Penn) has life troubles, typically disappearing for days at a time. His wife, Maureen Quinn (Robin Wright), is a complete mess. She drinks excessively, smokes, has no grace, and is pregnant. But when she is sexually abused by their neighbor, Kiefer (James Gandolfini), Eddie goes off the deep end, resulting in someone being shot. After this episode, he is sent to a mental hospital, where he remains for ten years. Upon his arrival home, he finds his former wife married to a new man, Joey (John Travolta), sober and a mother to three children. His arrival causes dangerous situations and chaos in all lives involved. She’s So Lovely was Cassavetes’ sophomore effort as a director, and is generally regarded as average, scoring a 66% on Rotten Tomatoes.

Yellow is the strangest film on this list by far. This American drama follows Mary Holmes (Heather Wahlquist), an elementary school teacher with a Vicodin addiction. If that wasn’t bad enough, she gets fired for having sex with one of the parents on Parent Teacher Day. Returning to her family in Oklahoma, she tries to cope with her issues, including a past relationship with her half-brother. This film is definitely unique and boasts a less than average rating across most platforms.

The American crime film Alpha Dog is based on a true story, telling the murder of Nicholas Markowitz in the year 2000. Jake’s (Ben Foster) teenage brother Zach (Anton Yelchin) is kidnapped by Johnny (played by Emile Hirsch) and his gang friends. Johnny assigns his friend Frankie (Justin Timberlake) to keep watch over Zach. Somewhere in the chaos, Zach and Frankie become friends and form a close bond. As time goes on, they all party together and things take a turn for the worst. While this powerful film is based on a true story, it has received average reviews and generally no outstanding opinions.

The Notebook is one of the most timeless love stories there is. Chances are, if you ask someone if they’ve seen this Cassavetes movie, their answer, nine times out of ten, may be yes. In this early-2000s romantic drama, Allie (Rachel McAdams), a high-society young woman, falls in love with Noah, a poor, but dedicated man (Ryan Gosling). Together, they find a sense of freedom, love, and happiness, often picturing what their life would be like. But their story is short-lived when their social classes rip them apart. Noah enlists in the military, while Allie meets another man of her social class and gets engaged. Their story is full of bumps, turns, and tears. Enough tears that it ranks on the saddest romantic movies of all time list. Although some are die-hard fans of the film, others feel it is a story that has been told before and provides no original content. Overall, it is still a pretty loved film.

The Other Woman is fun, sexy, hilarious, and downright wrong at times, which is why it’s creeping its way towards the top films section. In this mid-2010s romantic comedy, Carly (Cameron Diaz) finds herself dating whom she thinks is a wonderful man. Eventually, she learns he is married to Kate (Leslie Mann), who falls apart and relies on an unlikely friend, Carly, when she learns her husband has been unfaithful. But the ride gets even wilder when they find out he is seeing another woman, Amber (Kate Upton). They all form a group alliance in an effort to take down the unfaithful and unlawful Mark (Nikolaj Coster-Waldau). While this film is pretty highly regarded for its comedies and antics, there are some who feel this movie isn’t unwatchable, but the target audience won’t be thoroughly entertained.

My Sister’s Keeper is one of the ugly crying films on this list. So if you’re not prepared for it, bookmark it for later. In this late-2000s drama, Sara Fitzgerald (Cameron Diaz) plays the mother to Kate (Sofia Vassilieva), a 15-year-old girl with leukemia, and Anna (Abigail Breslin), the 11-year-old who was born to save her sister’s life. Throughout Anna’s life, she spends most of it in the hospital, donating whatever is needed to help her sister. Eventually, Kate’s kidney fails and Anna is the target for a donation. Having had enough, she files for medical emancipation to save her own life, causing a rift unlike any other between her entire family. This film about sisterhood is emotional, frustrating, enraging, and saddening. Overall, because of this, it ranks well among watchers.

Related: These Are Movies About Sisters We Can’t Live Without

Taking another dip into the late 90s, the romance drama Unhook the Stars focuses on Monica (Marisa Tomei), a now-single mother after kicking out her abusive husband. Having no one to watch her son for her when she goes to work, she desperately turns to her widowed neighbor Mildred (Gena Rowlands). Having just recently had her somewhat ungrateful adult daughter move out, Mildred is happy to welcome Monica’s son JJ into her home. Eventually, this becomes a routine, and Mildred and JJ become close, learning life lessons from each other. This film is highly rated, earning an 81% on Rotten Tomatoes. It’s full of all the elements to make you smile, frown, and laugh.

Topping the list off is one of the most emotional films of the early-2000s: John Q. In this story, we follow John Quincy Archibald (Denzel Washington), a father to a son whose been diagnosed with an enlarged heart. Finding out he is not eligible for a transplant due to their insurance not covering it, he and his wife (Kimberly Elise) decide to try and raise enough money for a deposit. When this strategy doesn’t work and the hospital sends him home on a deathbed, John becomes angry and holds the hospital hostage, forcing them to preform the transplant. Being only Cassavetes’ third film, he did well with a box office, earning $102 million and overall positive reviews.