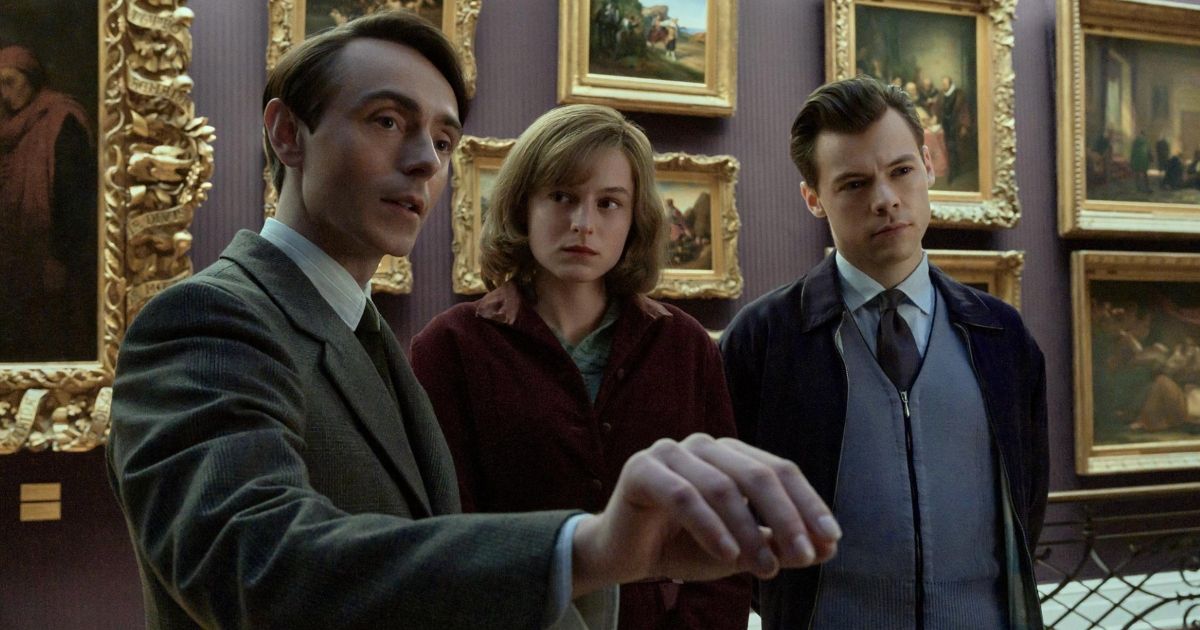 These days, it seems like music star-turned-actor Harry Styles is popping up everywhere. Ever since making his world debut on the television series X Factor, ultimately ending up in the pop group One Direction, Styles has increasingly become more popular. Whether it is appearing on the cover of Vogue, making waves all over the world, or fronting his popular concerts Harry’s House, it seems that the world cannot get enough of Styles these days. And with that popularity comes a particular crossover, one becoming more common as celebrities look to branch out their skill sets: acting. Styles has appeared in several movies now, some with acclaim, others not as much.

Most recently, Styles can be seen in 2022’s Don’t Worry Darling, where he was a core part of the drama going on behind the scenes, and in My Policeman. He made his acting debut in Christopher Nolan’s Dunkirk, which came with quite a bit of acclaim. Styles’ acting career may be polarizing, but with four films under his belt, and many more to potentially come, it seems like the world will be seeing more of him on the big screen. Until then, these are his movies, ranked by their Rotten Tomatoes scores.

Don’t Worry Darling, which clocks in a score of 38% currently at Rotten Tomatoes, has been the talk of summer and fall 2022. Don’t Worry Darling has a setting vaguely in the American 1950s, in a company town called Victory. Traditional gender dynamics dominate the lives of the characters, setting a very specific tone that turns this society’s foundations into a thriller. The movie has come with its fair share of drama between leading lady Florence Pugh and director Olivia Wilde, especially as Wilde was in a relationship with the other lead actor, Styles. This saga may have undermined the public and critical opinions of the movie, as many began to remember the movie as something that one would think of the drama before the actual plot. Don’t Worry Darling offers a promising take and stumbles at times in its execution, but suffers from a lackluster script and some questionable acting decisions.

Related: Harry Styles Admits He Has ‘No Idea What I’m Doing’ When It Comes to Acting

The romantic drama My Policeman is adapted from a novel by Bethan Roberts that came out in 2022 and stars Styles in the leading role of Tom. It made its premiere at the 2022 Toronto International Film Festival, then had a limited theatrical release before landing a streaming release in November 2022 via Prime Video. My Policeman offers a lot of secrets, including one about the main character, Tom, and his relationships. In the 1950s, he is a policeman who has just gotten married to a schoolteacher. However, Tom is closeted and gay; he has been in a relationship with another man, Patrick (David Dawson), who works at a museum. If the world was to discover their secret, then their lives as they know it could completely unravel and be destroyed by the society they live in at the time. My Policeman currently has a 40% on Rotten Tomatoes.

Marvel’s Eternals came out in 2021 to mixed reviews, despite having an all-star cast consisting of some of the world’s biggest names. In this movie’s timeline, during 5000 BCE, a group called the Eternals, who have superpowers, are sent to Earth to exterminate an invasive alien species. When they finish the job centuries later, they drift apart, eventually settling all over the world to start a new life on Earth. Now, in the modern day, they learn that an apocalyptic event is on the horizon, and it is up to them to try and stop it from happening before it is too late. Like other Marvel movies, Eternals did well at the global box office, but that does not necessarily make it a quality movie — the Rotten Tomatoes score for the movie is 47%. Styles makes a guest appearance in the mid-credits scene as the brother of Thanos, Eros.

Related: Harry Styles Not Planning on MCU Return ‘For a While’

Christopher Nolan came out with his war film Dunkirk in 2017, which marked the film debut of Styles. Dunkirk is set during World War II during the evacuation of the English town of Dunkirk, a notable event during the war. By using very little dialogue, Nolan manages to capture the essences and sounds of war, removing the more human aspect — as dialogue tends to reveal more about the characters and their stories — and places bodies in the act of war and violence. They must make decisions that might kill or save people, whether they are enemies or their own, and threats exist on all sides. Multiple storylines are threaded into the overarching narrative of Dunkirk, establishing who is who and why they ended up there on that fateful day, creating a fluid, but an emotionally moving piece for anyone watching. Styles portrays a young soldier who has been saved in a moment of peril, joining the protagonist on his journey.