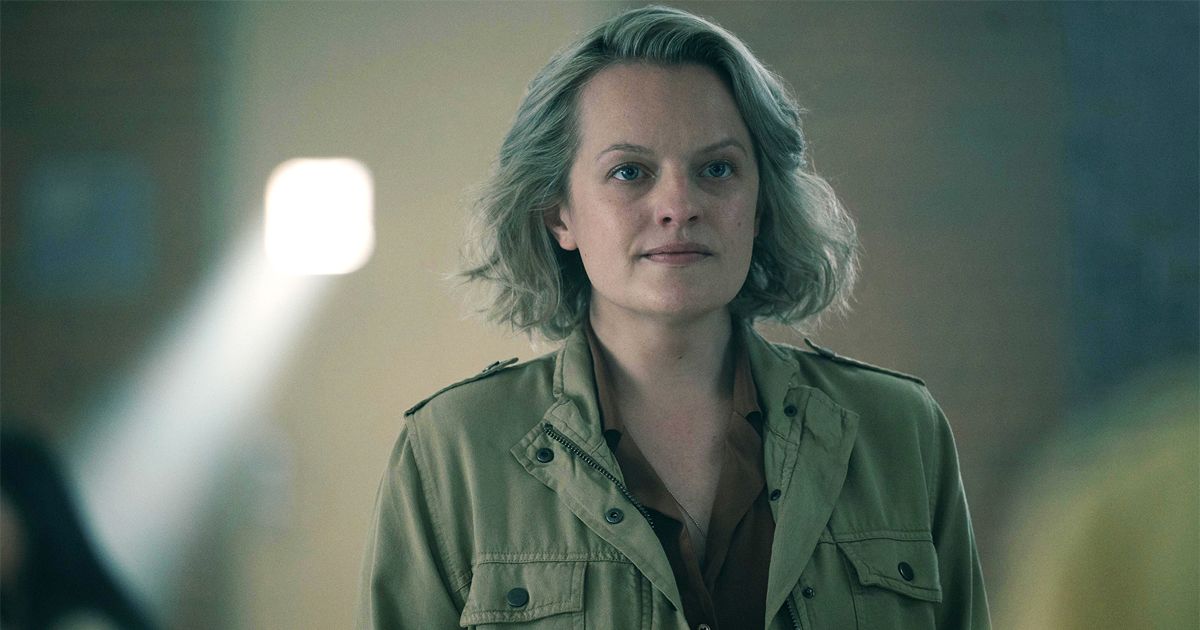 The Handmaid’s Tale has all but officially called off the grudge match between June Osborne and Serena Joy Waterford, instead throwing the unhittable curveball of their recent truce. The previous episode of the Hulu series explored embittered people finding their humanity through harrowing circumstances and change in general. The change element was expanded upon in the episode “Motherland.” The shift in question is coming not from any one character but the rogue nation of Gilead itself as it seeks more mainstream status in the world at large.

The softening of Gilead is largely the brainchild of Commander Joseph Lawrence (Bradley Whitford), who is dubbed the “Architect of Gilead.” Lawrence has had a prominent role in season 5 of The Handmaid’s Tale, making moves both big and small, out in the open and behind the scenes. His politicking has been at the center of Gilead itself as it attempts to break, or at least crack, its authoritarian veneer and gain acceptance among its fellow nations. These actions directly affect June and her entire family as she continues to struggle with the absence of her daughter Hannah.

.The episode starts with yet another flashback to happier days with Hannah before Gilead stomped down on their world. In the present, June’s phone is stuffed to capacity with missed calls from a now-incarcerated Serena Joy. Car horns blare in passing as anti-American sentiment and activism is amping up in the host nation of Canada, perhaps a not-so-veiled “How’s that taste?” directed at the US’ own xenophobic contingent.

Related: How The Handmaid’s Tale Episode 7 Explores the Humanity of Two Bitter Rivals

The perspective shifts to a cadre of Gilead commanders walking the newly developed island of New Bethlehem. Pristine, white, two-story homes line the island’s shores as Commander Lawrence gives his pitch to adopt his vision of a “liberalized” Gilead. He describes the plan as a needed evolution in Gilead; “One country, two systems,” allowing Gilead a place on the world stage.

Serena and June’s Next Moves

Serena Joy, apprehended by Canadian Customs officials in the previous episode, is now in a detention center, away from her newborn son. She’s visited by Alanis Wheeler, who is currently looking after baby Noah. She refers to the child as a stubborn little creature but insists that Serena isn’t mother material.

Back in Toronto, June is contacted by Lawrence. The two meet, and Lawrence cites the success of Gilead in prolonging the human race. With its chief objective reached, Gilead can let off the gas of wholesale oppression and brutality. He then gives June the elevator speech for New Bethlehem and offers her a home there, suggesting that she could reunite with Hannah on its shores. June is skeptical but enticed by the possibility of seeing Hannah after seven years apart. Luke is a hard no. He feels that Gilead is just posturing to earn a spot in the United Nations and that Lawrence cannot be trusted. He implores June to think with her head and sense, not the raw emotion evoked by images of Hannah.

The Osbornes are visited by Mark Tuello, who describes New Bethlehem as Lawrence’s kill shot at a reeling America. He also drops the bombshell that Canada is preparing a “military action,” presumably against Gilead. This could be the Ferdinand assassination for the looming war with Gilead that we hope is season 6.

June finally gives in to the bombardment of calls from Serena and meets with her. “We’re not friends, Serena. I turned the other cheek,” says June of their time in the barn. “After all this, I’m a better Christian than you.” She then advises Serena to return to the Wheelers, act like a handmaid, and plot her revenge. Just like June did.

June follows up with Lawrence, who concedes that he regrets Gilead and wishes he had let the human race die out. Citing the “unchangeable past,” his plan is for all of Gilead to be run like New Bethlehem.

June receives an anonymous package in the mail with a disc showing footage of Hannah at her wife school. She passes the disc to Tuello but tells Luke she’ll go to New Bethlehem alone if that’s what it takes to see Hannah again. She breaks down crying, regretting that she abandoned Hannah when she escaped from Gilead.

As Serena returns to the Wheelers to reunite with her son, June gets a call from Tuello. They have located Hannah’s wife school and are planning to raid it. An elated June sprints home and tells Luke and Moira the news.

This installment of The Handmaid’s Tale furthers the parallels between Serena and June, continuing to dull the hatred between the two. They’re doing what they must for their respective children instead of clinging to their years-long grudges. The biggest implications for the series could lie in the pending raid of a Gilead facility. Will this operation bring us the war we all think is coming to cap off the series?

We hope so, as the seemingly abandoned showdown between Serena and June fizzled out into their fragile understanding of each other. June has moved on, and so should The Handmaid’s Tale if it hopes to end on a high note.