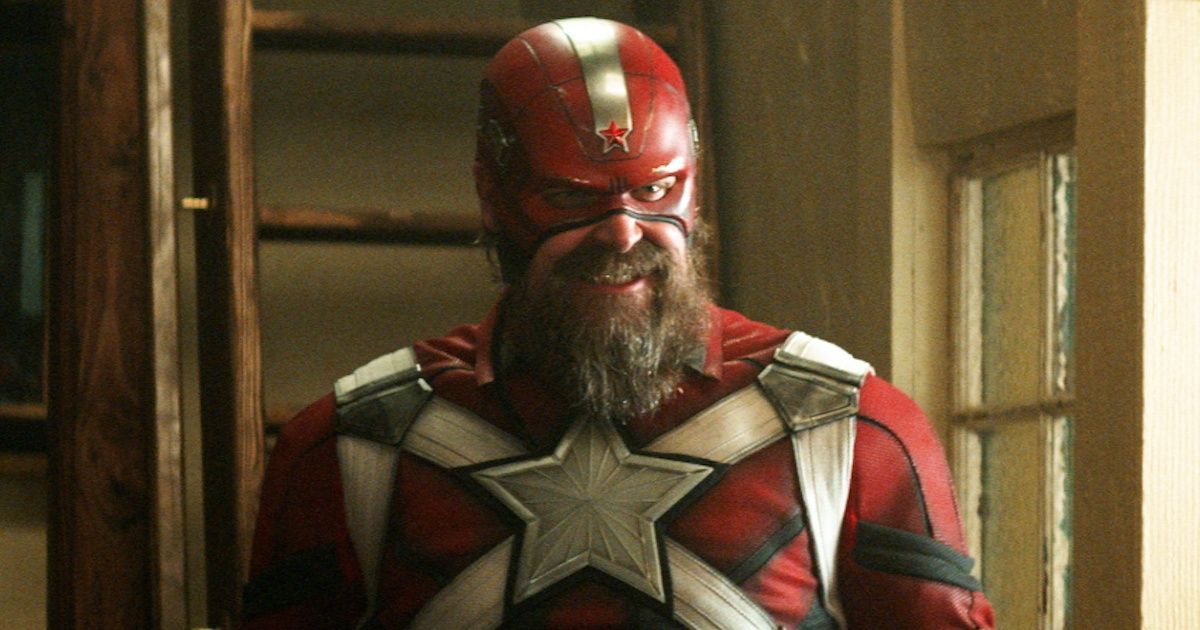 David Harbour stars in one of the biggest television shows in the world with Stranger Things, portraying Jim Hopper for four seasons of the series so far. In 2021, the actor made his way to the biggest franchise in the world, starring as Red Guardian in Black Widow. The film served as the first movie in the MCU’s Phase Four, introducing audiences to Harbour’s character alongside Florence Pugh’s Yelena Belova.

Now, the pair will star together once again in the upcoming film, Thunderbolts. This time, the movie will close out Phase Five, introducing a new team into the MCU. The characters aren’t exactly heroes; Harbour tells Collider that the group is more like “a bunch of losers or a bunch of guys who can’t quite get it right.”

“It’s really cool. We introduce a thing that’s super cool. It’s vital. I’m psyched that Julia Louis Dreyfus’ character is going to be, in a bigger way, explored. One of the things you’ll probably know is that me and Florence’s dynamic will be in there and explored in a way that’s really cool. But all these guys, Sebastian’s character, Wyatt’s character, I just love this mercenary element in the MCU. MCU has always been sort of elevated in a certain way. Captain America, even Iron Man, although he has egos, are always in it for the right reasons or ultimately does the right thing. And I like these guys who are a bunch of losers or a bunch of guys who can’t quite get it right. And so far what they’ve pitched me just feels really cool.”

Harbour tells Collider he hasn’t read a finished script yet, though he knows the film’s overall plot. “It’s not what you’d expect. It incorporates a couple new elements, new things that we have yet to see in the universe,” the actor adds. Fans can see Pugh, Dreyfus, Wyatt Russell, Sebastian Stan, Hannah John-Kamen, and Olga Kurylenko when Thunderbolts arrives in theaters, with a release set for July 26, 2024.

Related: MCU: Are the Thunderbolts Villains?

Julia Louis-Dreyfus Has Seen an Increased Role in the MCU

Julia Louis-Dreyfus made her MCU debut in 2021 with the Disney+ series, The Falcon and the Winter Soldier. The actress, known for her time on Seinfeld and Veep, is quickly becoming an integral part of Marvel’s connected universe as Valentina Allegra de Fontaine.

In the Disney+ series, she recruited Wyatt Russell’s character, John Walker, to her team of misfit “heroes.” Her character is similar to Nick Fury (Samuel L. Jackson), though the members of the Thunderbolts are far from that in The Avengers. Dreyfus reprised her role in Black Widow, appealing to Florence Pugh’s Yelena, before returning to the MCU in her most significant role yet with Black Panther: Wakanda Forever.

Now, Fontaine is the head of the CIA and in charge of Everett Ross (Martin Freeman), her ex-husband. Her character continues to gain power within high-ranking government positions, meaning the actress will be a massive part of the upcoming Thunderbolts film. Her ultimate motives are still unknown, though Dreyfus has undoubtedly made her mark in the MCU through three appearances so far.