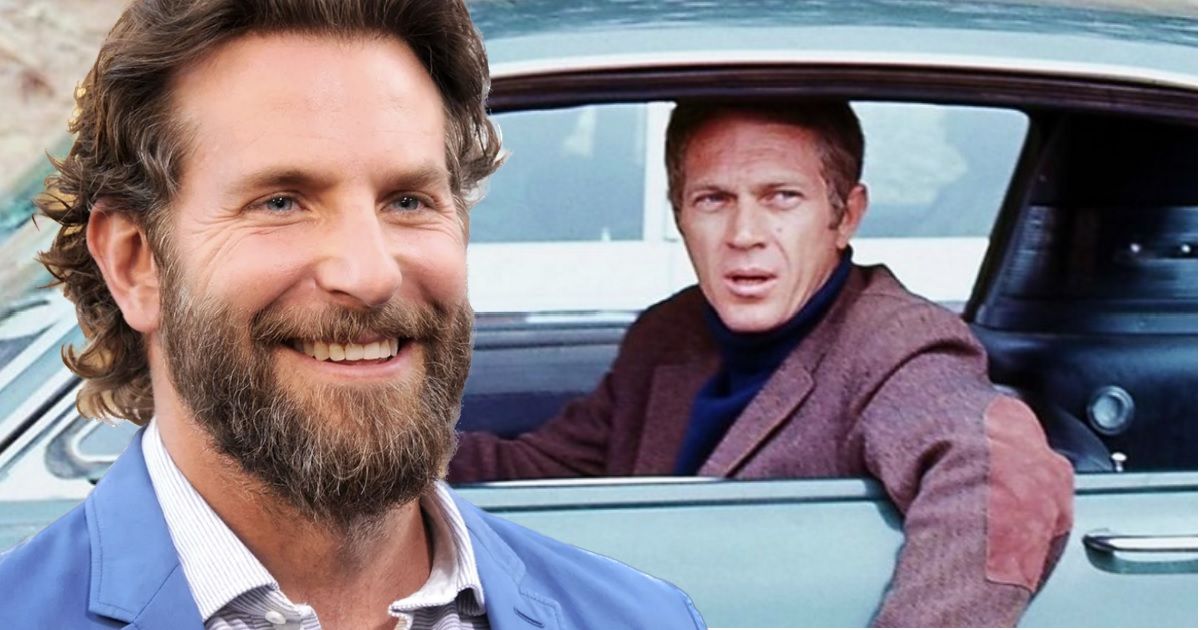 Based on the classic Steven McQueen character of Frank Bullitt, Bradley Cooper will team up with Steven Spielberg for an original new Bullitt story.

After months of speculation it looks like Bradley Cooper will be taking on the classic Steve McQueen role of Frank Bullitt in a new Steven Spielberg movie based on the character. Having been in discussion between the pair since 2020, Deadline reported that Cooper has now signed on to play Bullitt in a brand new story featuring the San Francisco cop.

Bullitt was a 1968 thriller starring McQueen as a cop on the hunt for a kingpin who killed a witness in his protection, and it featured one of the most iconic car chases is cinema history. In a time where every other movie is a remake, this time around it seems that there is a definite belief that the movie will not be a remake of the ’68 movie, but will put the character in a brand new, original story. The film is still in early development, and story details are to be revealed, but the production team will include Cooper, Spielberg and Kristie Macosko-Krieger producing, Josh Singer developing the script, and McQueen’s son, Chad, and granddaughter, Molly, acting as executive producers.

This movie will be the second time Cooper and Spielberg have worked together recently, with their Leonard Bernstein biography, Maestro, currently in post-production for release on Netflix in 2023. Maestro was co-written by Singer, making the new Bullitt movie pretty much a regrouping of the same team.

Will Bullitt Be Steven Spielberg’s Next Movie?

The original announcement that Steven Spielberg was ready to put a new Bullitt movie into production was reported back in February. At the time, Bradley Coopers involvement had not been revealed, but the rest of the team seems to have already been in place. According to those early reports, Spielberg has been treating the movie as a passion project, but things stalled while waiting for lengthy talks with McQueen’s estate to be completed in order to secure the rights to Frank Bullitt. In the meantime, the director moved on to The Fabelmans, his loosely autobiographical drama. Once his work on that movie was complete, he wasted no time in returning to the Bullitt project, and it seems like everything is now starting to come together.

Steven Spielberg remains at the top of his game as one of the greatest film directors of not only a generation, but of all time. Whether it is family-friendly adventures, big budget blockbusters or heartfelt drama, Spielberg has done it all and then some. His Oscar nominations for West Side Story meant that he became the only director to be nominated for Academy Awards in six consecutive decades. Spielberg is only one Best Director Oscar win away from equaling John Ford’s 4-win record, and with The Fabelmans, that could well happen at the next Academy Awards ceremony.

It is unclear yet when Spielberg’s Bullitt will be released, but considering scripting of the movie still seems to be a work in progress, it is likely that the film will not be released until 2024 at the earliest. In the meantime, The Fabelmans is out now in a limited number of cinemas with a wider release coming on November 23.