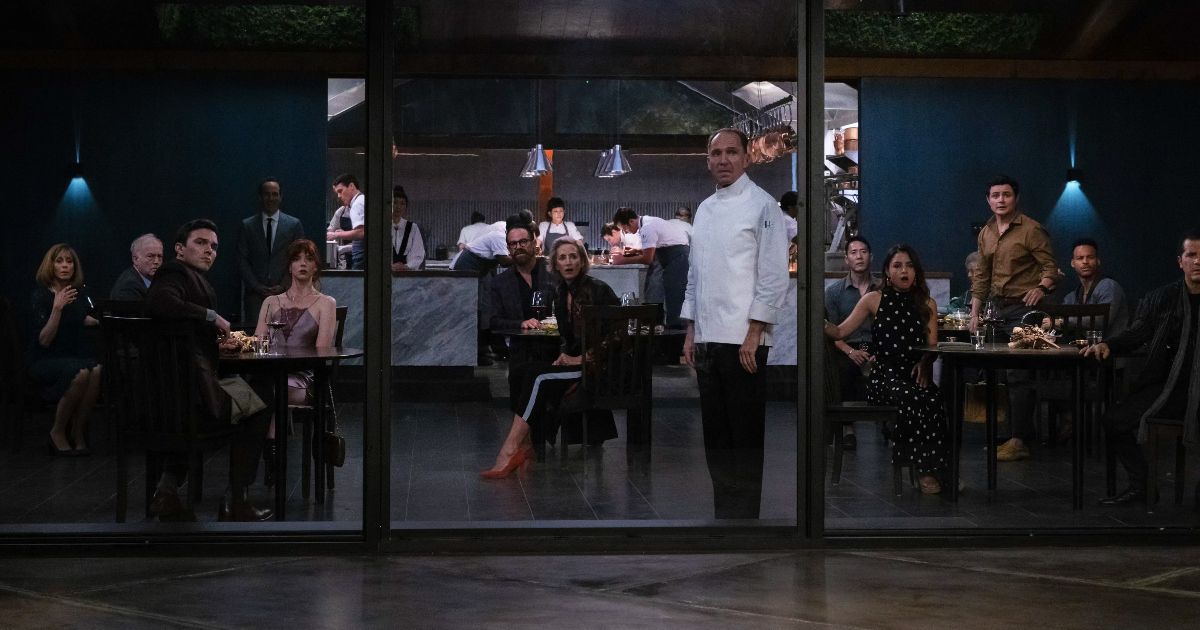 Anyone who has ever worked in a kitchen will say it is an incredibly stressful job. However, it’s an incredibly rewarding one that allows people to not only craft delicious food that can be shared but can also be an artistic medium, crafting and mixing unique flavors to make something truly special. Everyone has had that one meal where they wanted to send their compliments to the chef.

The world of a kitchen is a high-stakes area with plenty of drama and comedy to be mined from it. This makes it a great setting for a movie. After all, it is an environment with fire, sharp objects, shouting, and constantly ticking clocks. Films have the ability to transport audiences to far away places they’ve never seen, but also have the ability to show them a side of a world they have maybe not fully thought of and the kitchen is likely one many haven’t paid much attention to. With the holidays coming up and cooking so clearly front and center on many people’s minds, these are the best movies set in a kitchen.

Julie & Julia is a 2009 film directed by romantic comedy legend Nora Ephron that tells the inspiring real-life story of young New Yorker Julie Powell (Amy Adams), who documents her attempt to cook all 524 recipes in Child’s cookbook in 365 days on her blog. Meanwhile, the film contrast Julie Powell’s story with the early career of chef Julia Childs (Meryl Streep). While not taking place primarily in a kitchen, the movie does feature both women hard at work in their own personal kitchens, and with Julia Childs being one of the most renowned chefs in the world, it feels like an appropriate addition.

Related: Best Movies About Food That We Can’t Live WithoutJulie & Julia also has the sad distinction of being the final film Nora Ephron directed before her death in 2012. With the recent passing of Julie Powell on October 26, 2022, now seems like the perfect time to watch Julie & Julia.

A 2022 animated film based on the popular television series, The Bob’s Burger Movie focuses on the Belcher family while they try to keep their business afloat during the summer after a series of bad luck. When their business is threatened due to a sinkhole outside the restaurant in the middle of the summer, Bob and Linda Belcher decide to start a food cart to make the money necessary for their loan payments.

The Bob’s Burger Movie, like the series, uses the restaurant as the central hub as it not only is their place of work but also where the family lives. The movie’s opening song “Sunny Side of Summer” highlights the kitchen and Bob’s passion for cooking, so the audience knows what is at stake throughout the movie.

The most recent film on the list, The Menu is a dark comedy horror film about a destination restaurant hosted by a world-famous chef that has the guest paying obscene amounts to enjoy the meal. However, things take a dark twist when the guests realize that part of the evening’s menu involves their lives.

The Menu is a wickedly funny, morbidly dark satire that has a good laugh at the expense of the obscenely wealthy. It also does a superbly great job of exaggerating an artist’s ennui and how it manifests, taken to the most extreme conclusion. The Menu might not be what one thinks as a traditional movie about a kitchen, but it is one worth checking out.

Just because a kitchen is in a truck doesn’t make it any less a kitchen, and Chef captures a certain type of magic that comes from cooking and food truck culture. Chef’s 2014 release date perfectly captured the boom of food trucks across the United States in the early 2010s and a reminder that great food can come from anywhere.

Related: The Bear: How the FX Show Turns Cooking Into Fiery Drama

The story follows a prominent trained chef (played by its writer/director, Jon Favreau) who, after a public feud with a food critic gets him fired from his restaurant, opens up his own food truck, and begins to bond with his son over food. It is a celebration of food, of the cultures that influence food, and how food itself becomes a culture that brings people together.

What else could it be? Ratatouille‘s story of a rat named Remy who dreams of becoming a chef in Paris is a unique story that only the minds at Pixar could imagine but also one that seems universal. Ratatouille clearly lays out the floor plan of Gusteau’s kitchen and becomes the sight of many great set pieces in the film. The kitchen comes to life the same way Pixar brought the wonders of the ocean in Finding Nemo or the majesty of space in WALL-E. It does a great job teaching viewers the basic fundamentals of how a kitchen operates.

Ratatouille is aimed at families, but it has a real love and sophistication regarding food that is imparted to its audience. The movie’s motto “anyone can cook” has been something audiences have held with them for years and there is a chance, for a good portion of young kids who saw Ratatouille in 2007 to become inspired to try different types of food and even experiment with cooking themselves.