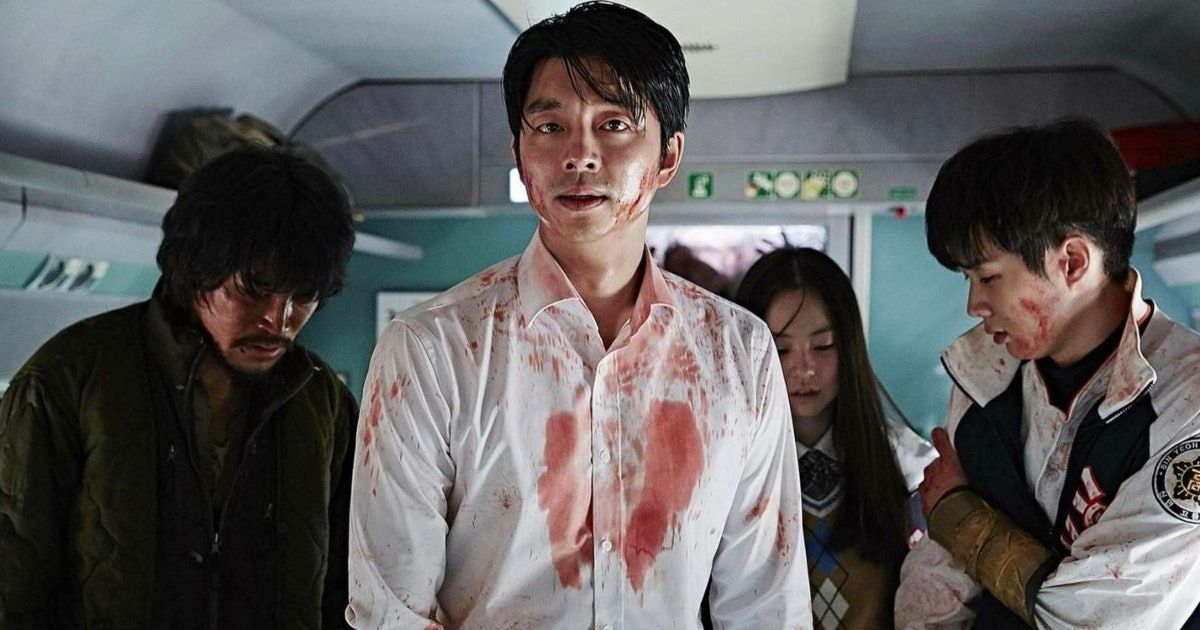 Zombie movies have been a staple subgenre in horror for a long time now. That said, it has seen a modern resurgence thanks to hits like The Walking Dead. What’s more, South Korean cinema in particular has been leading the pack in terms of popular and successful zombie movies. What is it about Korean zombie movies that is so appealing? It’s quite simple when you think about it: they foremost create multidimensional characters with complex story arcs that involve more than just mere survival.

Indeed, with South Korean dramas like Kingdom, All of Us Are Dead, and Sweet Home, it’s clear that the industry has its finger on the pulse of the zombie subgenre. South Korean zombie movies, too, have been epic in scale while being grounded in emotional and heart. From Train to Busan to Peninsula, these are the best Korean zombie movies you need to watch next.

Train to Busan Presents: Peninsula a.k.a Peninsula is a standalone sequel to the commercially successful 2016 movie Train to Busan. Co-written and directed by Yeon Sang-ho, and starring an ensemble cast featuring Gang Dong-won and Lee Jung-hyun, the plot is set four years after the zombie virus has spread all across Korea. It follows Jung-seok, a former soldier, and his assigned team as they embark on a mission to retrieve a truck full of money. They have to get through the peninsula that is now inhabited by zombies. Although the movie received mixed reviews, with criticism mainly directed at the lack of significant character development, you won’t mind it too much as the movie feels like a mix of Mad Max, Aliens, and Judgment Day.

Rampant is a period action zombie film directed by Kim Sung-hoon. Mixing period drama with zombies seems like a bold move, however, South Korean filmmakers are no strangers to experimenting with genres and somehow making it work. Set in the 17th Century, Rampant follows the clash between exiled Prince Lee Chung (Hyun Bin) and Joseon Minister of War Kim Ja-joon, while a zombie plague breaks out in the country. The Prince has to lead the remaining few who are capable enough to defeat the monsters.

Directed by Kim Jee-woon and Yim Pil-sung, Doomsday Book is a science-fiction anthology film that tells three unique stories. The cast includes big names such as Bong Joon-ho, Ma Dong-seok, and Bae Doona. The themes take a satirical approach to human destruction in the modern high-tech era, as well as genuine human compassion. The first chapter of the anthology, A Brave New World, serves as a political satire about a viral zombie outbreak. A geeky scientist and his sister end up eating toxic beef, which turns the population into flesh-eating zombies. South Korean movies excel at satirical political commentary, so you definitely shouldn’t miss out on watching this one.

Based on the 2019 script Alone by Matt Naylor, Cho Il-hyung decided to co-adapt the script into his own with the help of Naylor. Starring Yoo Ah-in and Park Shin-hye, #Alive revolves around a video game streamer struggling for survival in his Seoul apartment during a zombie apocalypse. #Alive yet again proves that South Korean zombie movies are superior: the cinematography is amazing, the acts of violence are simply badass, the soundtrack doesn’t feel overbearing, and the exploration of isolation serves as an emotional foundation in a story about a zombie-pocalypse. The film was said to revive South Korean cinema in the midst of the COVID-19 pandemic.

Written and directed by Na Hong-jin, The Wailing is a horror film starring Kwak Do-won, Hwang Jung-min, Chun Woo-hee in the leading roles. The movie centers on a policeman who investigates a set of mysterious deaths and illnesses in a rural village in order to save his daughter. The sickness starts spreading right after a foreigner’s arrival in the village. We won’t spoil too much about the plot, but what’s interesting about this horror movie is that there are no jump scares. Indeed, what makes it entertaining are the mysteries, characters, mix of ghosts, zombies, body horror, and Eastern exorcism themes.

Seoul Station is an animated zombie film written and directed by Yeon Sang-ho. Starring Shim Eun-kyung, Ryu Seung-ryong, and Lee Joon in the lead roles, the movie serves as a prequel to Train to Busan, showing how the epidemic started. The plot takes place around and in Seoul Station, and revolves around three characters: Suk-gyu, a father searching for his daughter; Hye-sun, a sex worker; and her boyfriend/pimp, Ki-woong. Right before they get the chance to reunite, the zombie epidemic breaks out. Many felt the production lacked budget to execute the story well, but, despite that, the movie was awarded with major accolades, such as Best Animated Feature Film at the 10th edition of the Asian Pacific Screen Awards in 2016.

Last but not least, we have arguably the best zombie movie of all time: Train to Busan. Directed by Yeon Sang-ho and starring Gong Yoo, Jung Yu-mi, Ma Dong-seok, Kim Su-an, Choi Woo-shik, Ahn So-hee, and Kim Eui-sung, Train to Busan is an action horror film that takes place mostly on a high-speed train from Seoul to Busan as a zombie apocalypse breaks out in the country. If someone needs inspiration on how to write the perfectly complex characters, watch this film. It shows how apocalypses can yield kindness in some, while simultaneously demonstrating how we can easily become the monsters we fear. It reinforces our sense of sympathy, and makes you question humanity and human relationships.