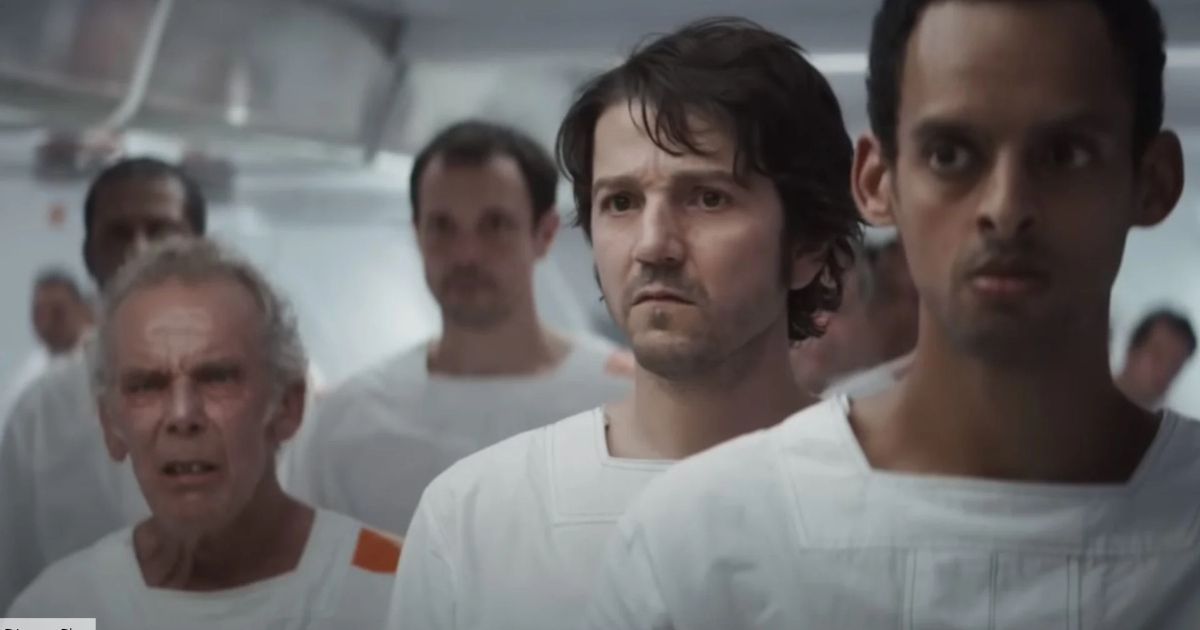 Andor episode 9, “Nobody’s Listening,” might have been the tensest yet. A prison break begins to take shape as Cassian Andor and his fellow inmates start to learn the truth about the prison. Andor’s friends are tortured, and we see the true face of Vel Sartha. Syril Karn also proves he has a psychotic obsession with what happened on Ferrix. With Andor proving to follow its 3-episode story arc, viewers can likely hope for a prison break next episode.

As the spirit of the Rebellion works on interpersonal relationships and the importance of service to your fellow man, the Empire demonstrates that it truly inspires fear. Not just in its citizens but in its officers as well.

Andor continues to give us a look at Star Wars characters that would be overlooked in the main canon storyline. Perhaps it might not have Jedi or massive space battles, but it shows us the everyday decisions that one makes to affect not only their situation but everyone. It shows us the small sacrifices some must make in order to change the world. Andor proves that fighting an Empire takes more than a photon torpedo shot down a thermal exhaust port. It takes hundreds of decisions every day to stand up and fight fear.

This episode opens with Bix Caleen, Andor’s old flame from Ferrix. She is being interrogated by Dedra Meero, who seems to enjoy the prospect of causing her pain. After threatening her with sonic torture, Meero smiles when Bix tells her that she won’t believe what she says until she causes her pain. Meero wants the name of Bix’s contact in the Rebellion (Luthen), but we see later in the episode that Bix didn’t give him up. Though she did tell Meero when she last spoke to Andor. Meero gets a step closer to connecting Andor to the heist on Aldani.

Related: Andor Creator Tony Gilroy on What Separates the Series From Other Star Wars Projects

On her way to tell the other Imperial Officers this, Syril Karn confronts Meero outside her place of work. He tells her, with a frightening passion, how connected he felt to her when she questioned him. He basically admits to stalking her and displays all the textbook signs of a serial killer, including an unstable relationship with his mother.

Meanwhile, Mon Mothma is giving a speech to the Imperial Senate, imploring them to remember that their job is meant to serve the people who put them in their positions. Other senators turn off the lights on their platforms and walk away as others chant, “Long live the Empire!” Later, at Mon Mothma’s lavish apartment, who is there but Vel Sartha, the leader of the freedom fighters on Aldani.

Apparently, Vel is Mon Mothma’s cousin. They talk about the Rebellion and Mon Mothma’s new ally in Tay Kolma. Mon Mothma tries to get Vel to stay in Coruscant but whether that happens isn’t certain. Later, Mon Mothma meets with Tay to discuss moving some extra money around, and Tay reveals they’re in danger of being caught. To hide their finances, he suggests taking a loan from someone Mon Mothma calls “a thug.” In the end, she is reluctant to meet with him but believes that this is the only way to balance her budget.

When we see Andor in prison, it’s been some time since he was brought in. He works quickly and is enthusiastic about winning the daily shift with the highest productivity. Then he takes his bathroom break, and we realize this is just a front. He busts open a panel on the wall and begins filing into some type of pipe or electrical conduit. Later, while the guards bring in a new prisoner, he speaks with one of his fellow inmates, exchanging information about what platforms are capable of shocking them and how they can get around it.

That evening, one of the inmates uses secret hand signals with another level of prisoners to find out that something horrible happened on level two. A rumor begins circulating that the guards have shocked all of them to death. Later that night, Andor talks to his floor manager, who has the bunk across from his. He wants to find out how many guards there are on each floor, but the floor manager keeps telling Andor to keep his nose down. He seems to believe in the system, hoping that one day he’ll be released from Imperial prison.

The next day, the older man on Andor’s work team collapses on the floor. The rest of the team tries to support him and eventually has to carry him down the hallway. When he collapses again, a medical technician is called in, who is just another prisoner. When the medical tech revealed the man had a stroke, it was especially tragic because he only had 40 shifts left. But then the medical tech says that what happened on level two was not an accident. The Empire was covering up a mistake they made.

A prisoner who was released was put back with others that recognized him, meaning that no one is ever released. The prisoners work until they die. The episode ends as the floor manager changes his mind and tells Andor exactly how many guards there are on each level.

The action continues with episode 10, premiering November 9, 2022, on Disney+.