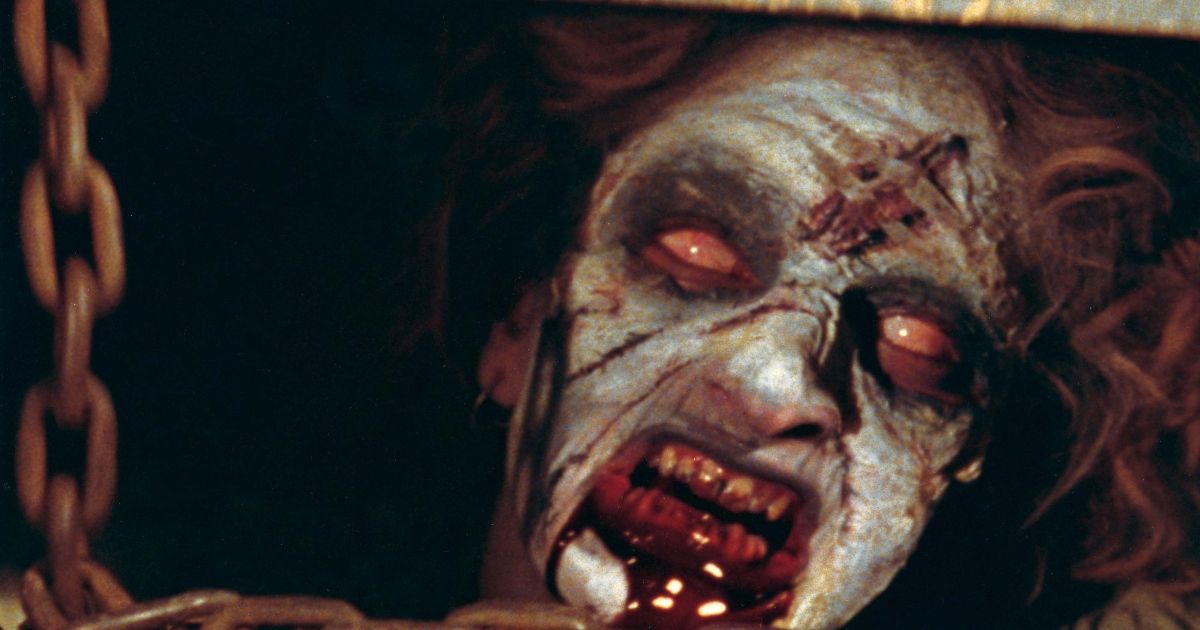 The Godfather, Platoon, The Lord of the Rings trilogy, and Star Wars: Return of the Jedi — These are all undisputed classics, but what makes a film a classic? Perhaps a history of horror filmmaking plays a role, as each of the aforementioned classic films was directed by a filmmaker who entered the industry making low-budget chillers. The horror genre often serves as a launching pad for filmmakers’ careers, as horror films are and always have been immensely popular, and they can be produced for little to nothing in terms of budget. While most cheap horror debuts are easily forgotten, many talented filmmakers destined for greatness have made the most of the genre to show off their unique stylish predilections and directing capabilities.

A surprising number of the most highly regarded filmmakers of the last fifty years got their start making horror films on the cheap. Here’s 9 of the best terrifying directorial debuts from respected filmmakers.

Oliver Stone is world-renowned for directing such classics as Platoon and JFK, but dedicated fans know that he first got his name out there with the very strange horror film Seizure. Allegedly funded as part of a gangster’s money-laundering scheme, the story of how it was made may be more interesting than the actual plot of the film. The film is about a horror novelist who is tormented by recurring visions of three evil beings: The Queen of Evil, a dwarf called Spider, and a hulvking brute named Jackal. The pace is uneven, and the direction is rather flat for an Oliver Stone film, but the atmosphere is intoxicatingly grim and makes this a real treat for fans of moody psychotronic horror.

Five years before reaching A-lister status as director of one of the best sci-fi movies of the ’80s, Star Wars: Return of the Jedi, Richard Marquand found moderate success with his slow-burn horror The Legacy. The film centers around a couple from Los Angeles who are invited to a grand mansion in England, whereupon they become embroiled in a satanic mystery and a fight for their lives. It is a striking gothic horror tale that has a menacing air about it from start to finish.

Before he scared movie lovers away from the water with Jaws, Steven Spielberg warned audiences of the dangers of the open road with his first feature-length film Duel. One of the best made-for-TV movies of all time, Duel tells the story of a businessman on his way to meet a client who becomes a target for an unseen and apparently homicidal semi-truck driver. The simple yet effective script by science fiction author Richard Matheson, paired with Spielberg’s adept direction, makes Duel a pulse-pounding thrill ride and a “road horror” film for the ages.

Famous for directing big-budget epics such as The Lord of the Rings trilogy and the 2005 version of King Kong, Peter Jackson began his career with a little film called Bad Taste. The title could not be more apt, as the film centers around aliens who land in New Zealand to turn humans into intergalactic fast food. A bizarre gore-fest that is ostensibly horror but is often more funny than frightening, Bad Taste epitomizes both the splatter-horror golden age of the 1980s and Jackson’s own early low-brow horror period.

The world was first introduced to Edgar Wright‘s signature blend of comedy, thrills, and bromance with his 2004 debut Shaun of the Dead. The film follows an unhappy electronics salesman and his slacker best friend as they fight for survival in a zombie apocalypse. Simon Pegg and Nick Frost’s on-screen chemistry is a delight, and Wright’s whip-pans and perfectly timed editing tie the film together. It’s simultaneously funny, scary, and heartfelt, and is considered by many to be one of the best zombie movies of all time.

Peter Bogdanovich made a name for himself as one of the top “New Hollywood” directors in the 1970s, directing great films like Paper Moon, What’s Up, Doc?, and The Last Picture Show. Before these classics hit the silver screen, film fans were treated to one of the acclaimed director’s best movies: Targets. The film follows two interconnected storylines, one depicting a young man on a killing spree, and the other showing a famous horror actor, played by real life horror icon Boris Karloff, contemplating retirement. The film certainly isn’t for everyone, as evidenced by critic Roger Ebert’s appraisal, in which he claims “Targets isn’t a very good film, but it is an interesting one.” Recent reviews have looked upon Targets more favorably, and it is now considered a powerful and haunting cult classic.

Before he became a Hollywood legend with The Godfather, Francis Ford Coppola directed an interesting and unnerving little horror flick called Dementia 13. Produced by Roger Corman and funded with leftover budget from Corman’s own The Young Racers, Coppola was offered the chance to direct a film with complete creative control, so long as it closely resembled the recently released and highly successful Psycho. The result is an intense gothic thriller loaded with moody atmosphere and unexpected twists.

Sam Raimi, celebrated director of the Tobey Maguire Spider-Man trilogy, kicked off his career with the quintessential splatter masterpiece The Evil Dead. Raimi’s debut tells of the horror that befalls a group of friends who awaken a demonic presence in a remote cabin in the woods. It is a grueling experience in terror and shocking gore that continues to face censorship to this day. Here we see the director developing his signature style in real time; the unique, expressionistic shooting style and visual flair on display in The Evil Dead would become a staple in the director’s future career.

No list of great horror debuts is complete without David Fincher‘s directorial debut: the unjustly maligned Alien 3. Plagued with a troubled production and a rushed schedule, Alien 3 was not well-received upon release. The film, which depicts an alien infestation on a prison colony, went through several rewrites, according to Den of Geek, which contributed to the troubled production. It has since been positively re-appraised by fans of the science fiction-horror franchise, with fans noting the early signs of Fincher’s brilliance, which he would later tap into with films like Seven. Despite unfavorable reviews, Alien 3 is an iconic entry in the Alien franchise, and contains many of the most memorable scenes in the series.